Going Half-Way Around the World to Find True Love

She wasn’t looking for true love, but she was looking for adventure, and that’s when life took an unexpected turn. Whitney Hinton was wrapping up her time at community college when she met with her college counselor to talk about next steps for pursuing her four-year degree. She expressed a desire to travel and explore – and he presented her with the opportunity to study abroad in South Korea. She prayed about it, then took a leap of faith. 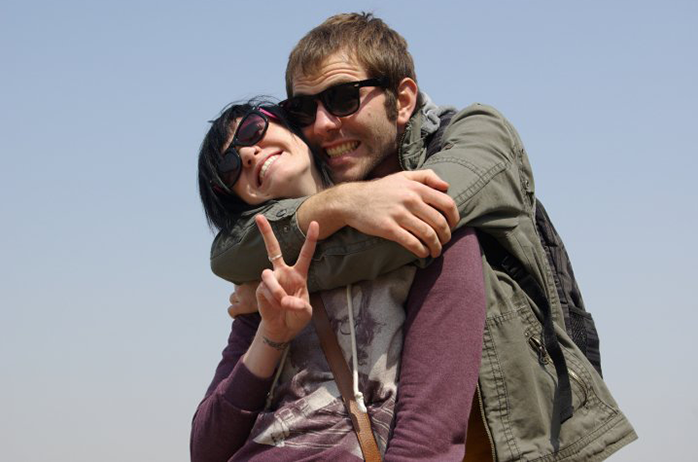 Just after arriving, she was walking to the dorm when “a cute young American man” caught her eye. She met Joseph the next day and discovered his hometown was just 15 minutes from hers back in Northern California. They had mutual friends. They had similar interests. “Within just a few days Joseph had stolen my heart and been exactly the man I was looking for,” said Whitney. “As the months continued in Shinchang, Korea, we traveled together and made many memories. We came home that summer, met each other’s families, and that fall, Joseph asked me to be his wife.”

Finding true love was definitely not at the top of Whitney’s list prior to going to South Korea. She had recently ended an emotionally abusive relationship. She was struggling to heal, battling depression, and had decided she never wanted to get married or have kids.

But then Joseph came into her life and helped her believe that she just might be able to “live sparkly.” During one of their early conversations, they were sharing with each other what their tattoos meant. She asked about the barn swallows tattooed on his side. He said he got them because “barn swallows are monogamous and always come back to their mate – even if they go out to find food, they always come back.“ That was one of the first things he said to me, and I knew I could marry this guy,” said Whitney. 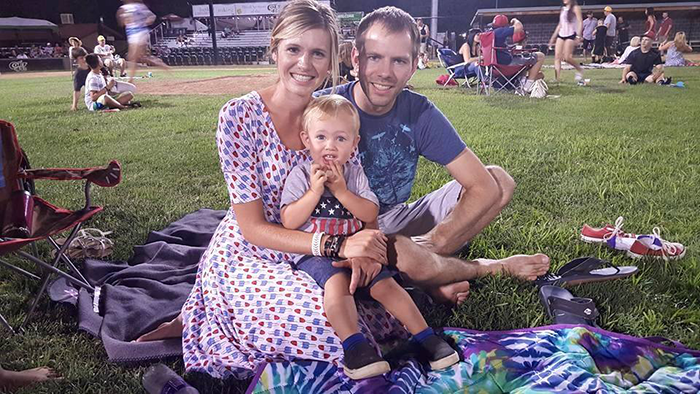 She did marry him, less than a year after returning home! Three years later they welcomed a son, little Porter, into their family. They’ll celebrate their fifth anniversary this year, and she is more enamored with her true love today than ever before.

Whitney has since found another unexpected true love – Origami Owl®. The jewelry first caught her eye when her hubby brought home a Take Out Menu, given to him by a co-worker. She said, “I was home on maternity leave after having Porter. I started circling everything I wanted, then thought, ‘I want to sell this; this would be so much fun to sell!’ I signed up that next day, got my kit, and was really excited. I had my launch party – it was about $1,000!” 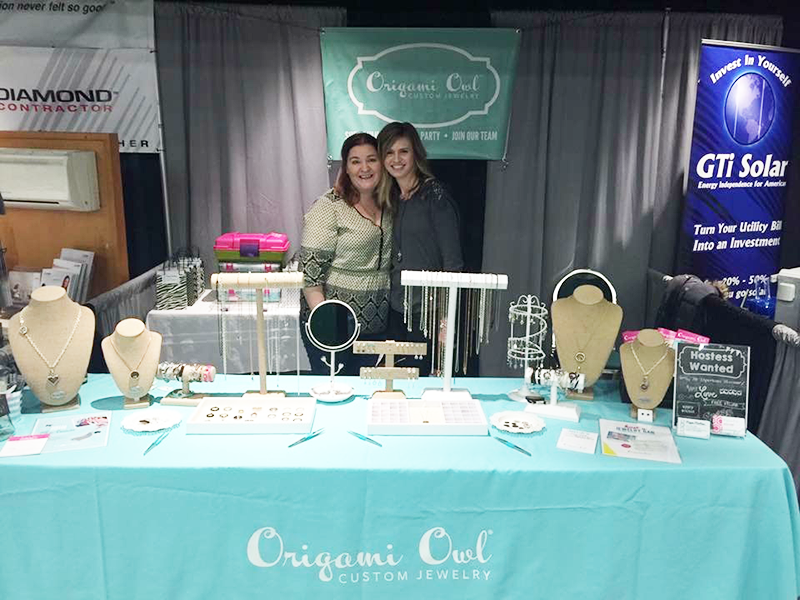 Whitney built her Origami Owl business slowly at first, but after Porter turned one, she said, “I wanted to really grow my business, and I just took off, reached out to everyone to get Jewelry Bars booked. That was a successful year – I earned [the incentive trip to] Cancun, got my six months Owlchiever Locket, and now I’m going on 12 months of Owlchiever! I’m so grateful for the company.” Whitney is now a Senior Team Leader, and she loves the opportunity to help other Designers grow their businesses, as well.

Even more, she loves the opportunity O2 brings to tell stories. And her favorite story? It’s captured in her all-time-favorite locket – the story of her true-love romance with Joseph. 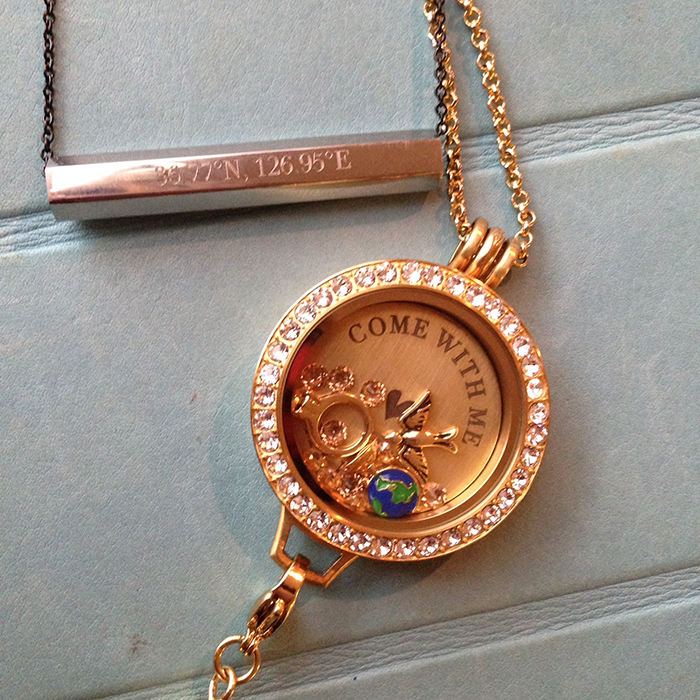 She said, “I have a special Gold Twist Locket put together with an In[script]ion Plate that has our wedding song verse, ‘Come with me, my love.’ Inside there’s a Wedding Ring Charm, a Sparrow Charm (for his tattoo), the Globe Charm (because we love to travel), and the California Charm (because we were lucky to get to come home together). I also have our exact GPS meeting point inscribed on a Hexagram to always remember the moment my heart stopped when I saw Joe for the first time. I love getting to share my story at every party, to show others how special and meaningful Origami Owl jewelry is.”

For Whitney, getting to “live sparkly” in a true-love marriage, loving (and chasing!) their energetic two-year-old son, sharing the joy of Origami Owl – it’s all been more than she imagined. “I love that I took life by the horns and followed my heart, and most importantly, the Lord. I am so thankful to have had the opportunity to go to Korea and meet the love of my life. I feel like you can’t give up hope; you have to know God has a plan for you. When Origami Owl launched Live Sparkly, I knew I had to share my story!”