When you think of a nice pair of pajamas, what comes to mind? Cozy. Comforting. Safe. Those feelings are exactly what Angela and Kaitlyn Berger aim to provide with The PJ Project. Since 2010, the mother-and-daughter team have collected and delivered more than 5,500 pairs of pajamas to children in need at women’s shelters throughout their region in Pennsylvania. 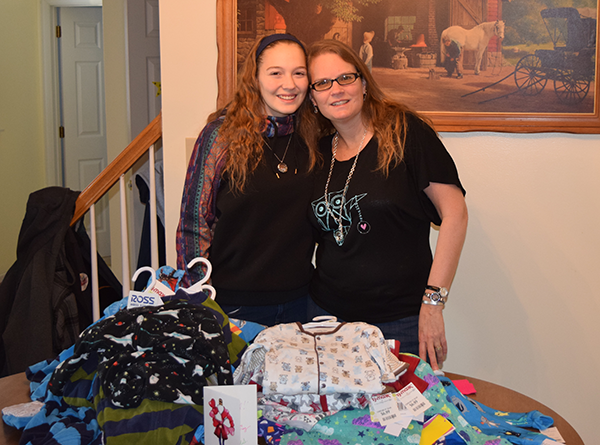 THE PJ PROJECT TAKES OFF

The idea for The PJ Project came about after the Bergers’ pastor at St. Mark’s Lutheran Church delivered a sermon on struggling families – with as many as 1,000 children in need – at local Delaware County Shelters. Kaitlyn, who was still in elementary school at the time, talked to her mom, wanting to do something for the children. The Berger family had been involved in several humanitarian efforts before and as they considered what to do, they thought about how “pajamas make us feel safe and at home, even if we aren’t.” 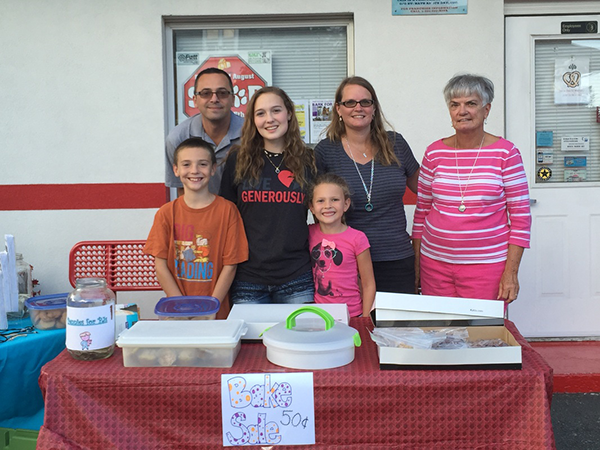 Their initial goal was to collect 1,000 pairs of pajamas. “We never thought this would be a continuation project, but after that first year, we realized there was no way this could stop,” said Angela. Over the coming years, they extended their efforts even farther, involving communities in neighboring counties to donate to shelters in their area. Today, The PJ Project delivers pajamas to children in need at Delaware County Homeless Shelters, The Laurel House in Montgomery County, and Berks Women in Crisis in Berks County.

They’ve pulled off their pajamas-for-children-in-need effort in several ways: involving people in “Pennies for PJs” fundraising efforts; asking local churches to hold pajama drives; gathering individual donations to cover the cost of pajamas; and – ever since Angela joined Origami Owl® as a Designer in 2012 – donating Origami Owl commissions (and getting her customers involved in pajama donations, as well).

FORCE FOR GOOD – AND COZY COMFORT

This past December, when Origami Owl got wind of what Kaitlyn and her O2 Designer mom were up to, the company couldn’t help but get involved, too. Kaitlyn said of the Origami Owl Founders, “Bella, Chrissy, Shawn, and Tyson went out and bought PJs and sent them to us. They sent a card, too, that said, ‘Thanks for being a Force For Good,’ and they all signed it. I was so shocked; it was so great.” 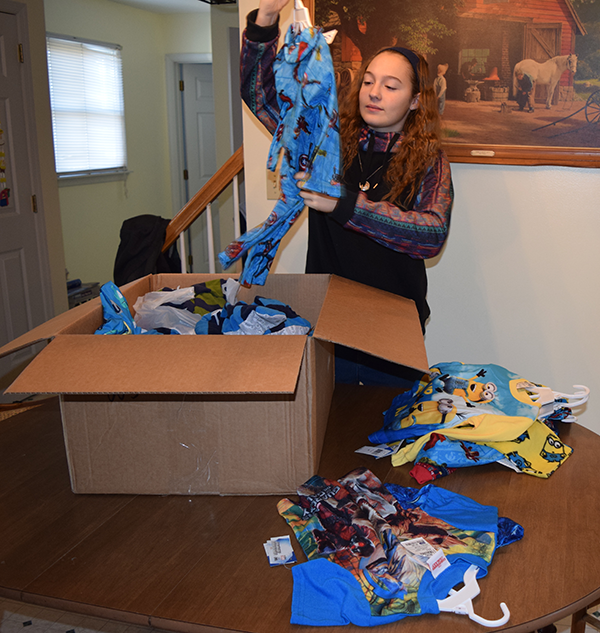 As a mom who has always taught her children to give back, Angela is proud of what Kaitlyn has accomplished. Kaitlyn, who’s entering her senior year in high school, handles much of the day-to-day efforts now. Everyone in the family has jumped in, including Kaitlyn’s younger brother and sister, Nicholas and Sophia, who are planning on continuing The PJ Project when Kaitlyn goes off to college.

The PJ Project has brought this mother and daughter the opportunity to stay close throughout Kaitlyn’s teenage years. It’s also brought them “live sparkly” joy. Angela said, “Besides my family, my greatest joy is in giving to others with family and friends. Giving back is so important. We’ve been lucky that we have family who supports us and rallies around us in what we do, helping these children in need.” 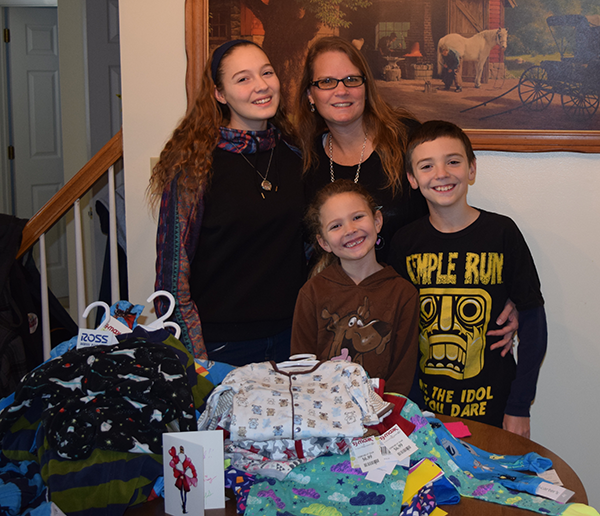 Kaitlyn added, “I’m grateful for our family support. I’ve been raised to do good and work hard in school, in sports, in life. I wouldn’t be able to do all of this without my family. I know they’ll support me, whatever it is.”

As an Origami Owl family who believes in being a Force for Good, we couldn’t be more impressed with the Berger family, who fulfills that mission so beautifully, helping children in need!

To help with The PJ Project, visit thepjproject.weebly.com.