Taking a Stand Against Alzheimer’s 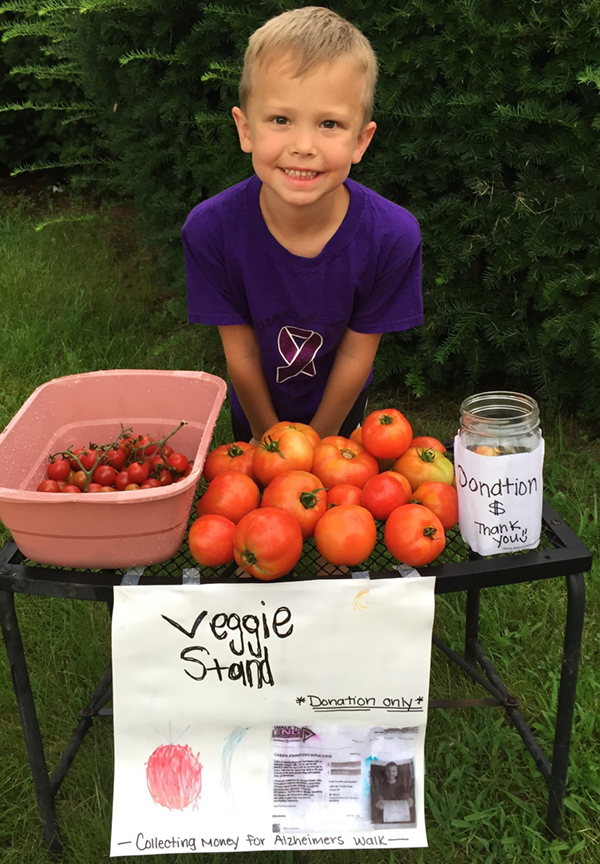 Zucchinis. Tomatoes. Beans. Five-year-old Cailen Johnson hauled the extra veggies from the family garden, set up a makeshift produce stand in his yard and opened for business. But rather than set prices, he asked for donations. When people learned why the young boy was manning the shop, the donations came pouring in. He was raising money to find a cure for Alzheimer’s, in honor of his great-grandmother (whom Cailen called Mamaw), who had recently passed away from the disease. He raised $600 at his front-yard stand that summer … and that was just the beginning. 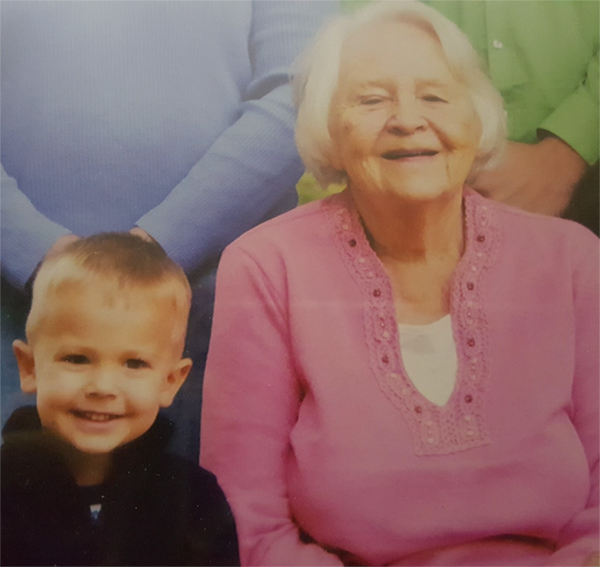 His mom, Chrissy, said the effort was Cailen’s idea. “He asked so many questions about his Mamaw; he really wanted to help make sure no one else died of Alzheimer’s. About the same time, we were giving away baskets and baskets of vegetables to neighbors and friends at church,” said Chrissy. “Cailen asked if he could sell some to raise money for the upcoming Walk to End Alzheimer’s. My husband and I thought he might raise a couple dollars.” 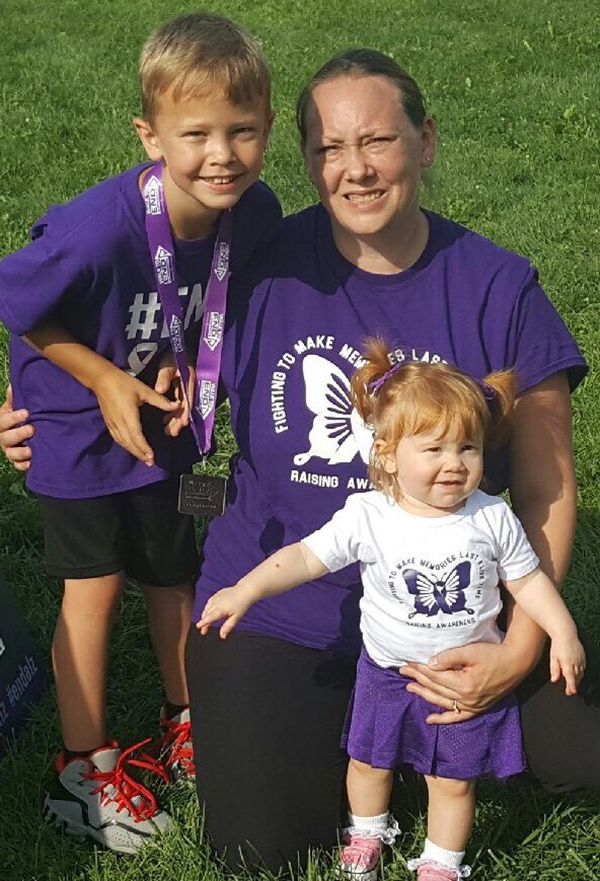 While the $600 total surprised everyone (except maybe Cailen), he wasn’t satisfied. He wanted to earn more the next summer, so he added lemonade to his offerings. When he broke $800 that year, he was excited, but determined to do even more. The next summer, at age 7, he expanded his line of merchandise to include Alzheimer’s rubber bracelets. He beat his record, raising over $1,100, which qualified him to receive a Champion’s Club donation medal at the walk that August, which was thrilling for Cailen.

“I like being a part of the walk because I want to show others they can do it, too,” said now eight-year-old Cailen. “It makes me happy to remember Mamaw and help others. One day I wish for Alzheimer’s to be gone forever and no one else has to have it.” 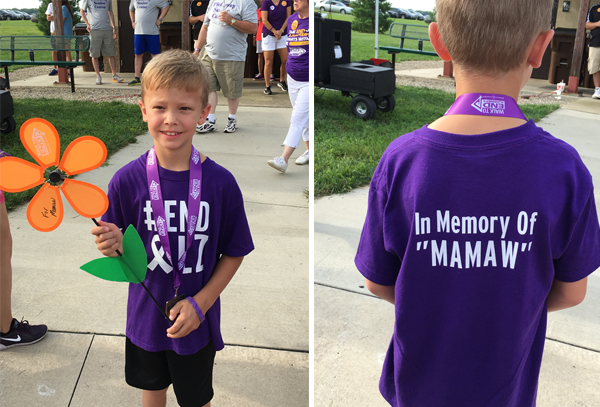 It definitely makes Cailen’s parents happy to see their young son supported by so many in the community. Every summer he’s had people return to his stand just to be a part of Cailen’s fundraising. One year someone left a $100 bill in his jar, and last year people were calling to see if they could purchase the cause bracelets—with one group writing him a check for $250 they gathered at their family reunion.

Cailen donates all of his funds to the walk in honor of his Mamaw; the family wears T-shirts bearing her name; and Chrissy, who is an Origami Owl® Designer, wears a favorite Living Locket. “It has the Alzheimer’s purple ribbon, the Grandma Charm, the Teacup charm (because she used to collect teacups), and Amethyst Birthstones to represent Alzheimer’s.” 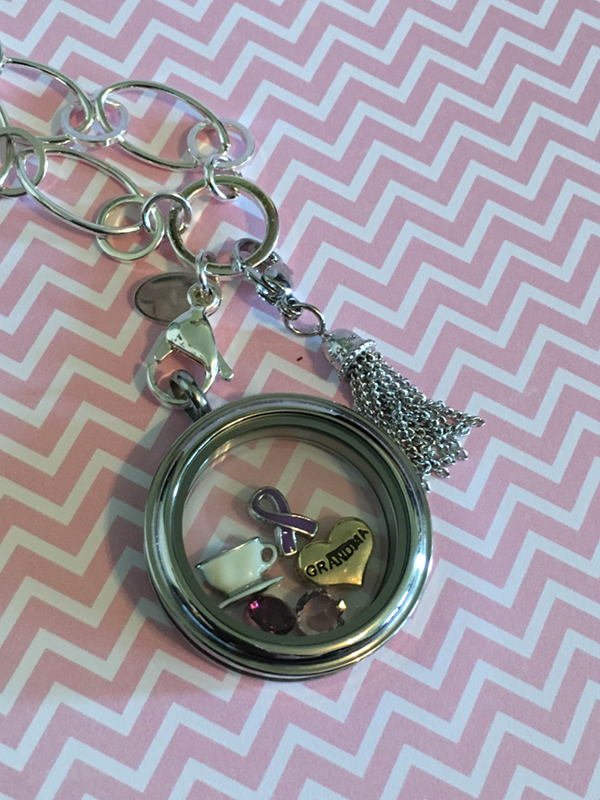 It gives Chrissy “live sparkly” joy to watch her son care so deeply about being a Force For Good. “Most children want to know what’s in it for them, but Cailen honestly wants to give everything for a cure. I guess it’s just kind of my husband’s and my upbringing. Our parents raised us to do the same thing, and we’ve passed that along to our children.”

And it gives all of us “live sparkly” inspiration to see someone so young make such a difference. Keep up the great work, Cailen!