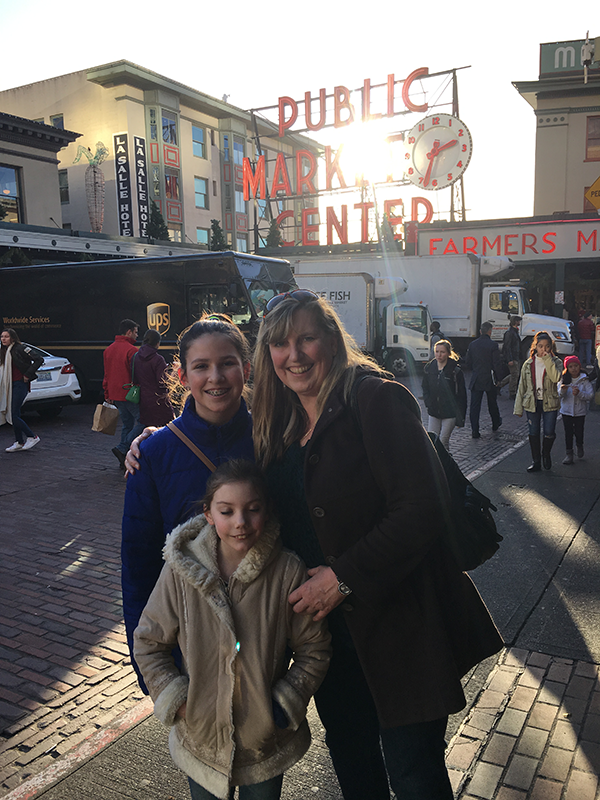 Yvonne Swinth never saw herself as a social selling type person. In fact she still doesn’t. But her daughter Reagan was so bound and determined to start her own Origami Owl® business, that Yvonne signed them both up as a Designer-and-Owlette team earlier this year. Ever since, she’s been watching 13-year-old Reagan soar as a social selling dynamo.

“I wanted to join Origami Owl even before I turned 11,” said Reagan. “I love the jewelry. And I just love all the friends you get to make, the nice people you get to be around.”

FROM DUCT TAPE TO LIVING LOCKETS

Reagan caught her first glimpse of Origami Owl when Yvonne hosted a Jewelry Bar. Yvonne said, “Reagan came down to the party to see the jewelry, then went back upstairs to get these duct tape pens she had made. She wanted to sell them to the guests, too! Our Designer, Kate McKenzie, said, ‘I want that girl on my team!’” 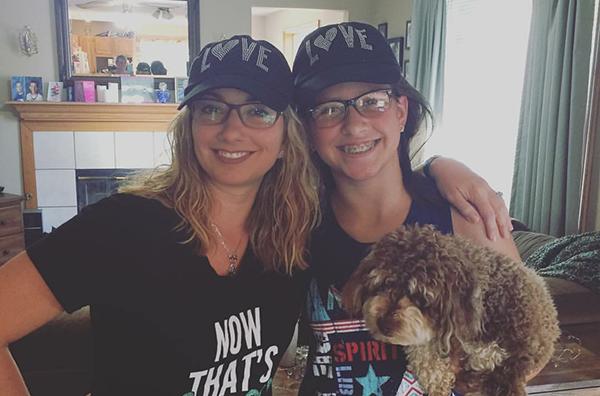 Reagan waited for her twelfth birthday (the Owlette program empowers youth ages 12 to 17 to join Origami Owl with a parent Designer), then started nudging her mom to sign them up. Reagan dove right in and saw immediate success. “Reagan pretty much does it all. I coach her a little, but really, this is her thing. She schedules her own parties, handles the presentations – she even just shot her first videos for a Facebook party. She’s a natural at social selling,” said Yvonne. 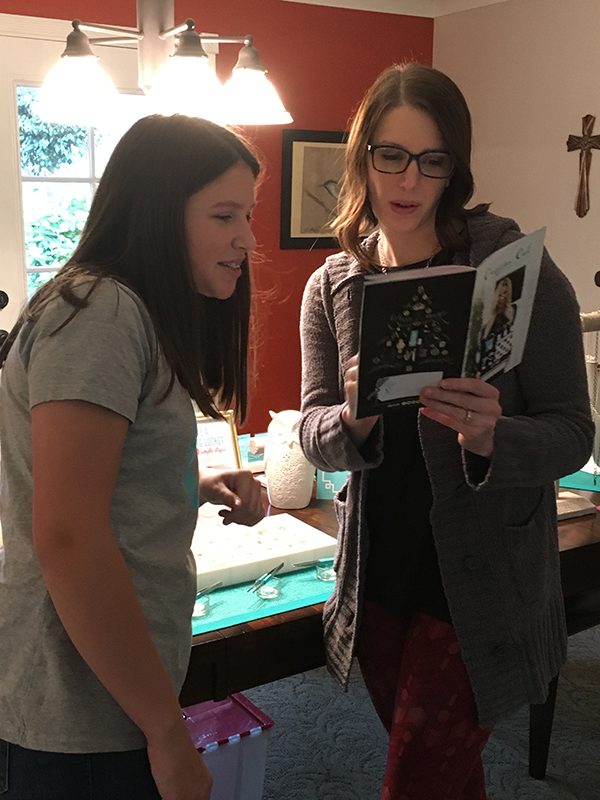 Reagan already met her first goal – earning enough to buy her own iPad. “She was going to pay me back for the cost of her kit first, but she gave a pretty strong argument for getting the iPad instead. She uses it to manage her Origami Owl business. Her next goal is to pay me back.”

“Then I’m going to save up to buy my own car when I turn 16, and after that I’m saving for college,” added Reagan.

TAKING OFF WITH HER BUSINESS

This go-getter also just attended her first Origami Owl Convention – with her mom in tow. “It was so fun! We got to go to the Magic Kingdom on the first day, then I learned so much at Convention, listening to everyone talk,” said Reagan.

Yvonne was impressed with what she saw at Convention – and delighted by the enriching experiences Origami Owl is providing her daughter. She said, “Reagan came away from Convention having learned so much. Going to the Owlette sessions, she learned how to set goals, how to keep a schedule. She’s been really working her business since then. Even though sometimes it’s challenging – stepping outside her comfort zone – we have this saying, ‘Just do it scared!’ And she does. It’s fun to see her grow into all of this, to have a vision of where she can take it. She’s already reached her goal of becoming a Team Leader – right on her 13th birthday!” 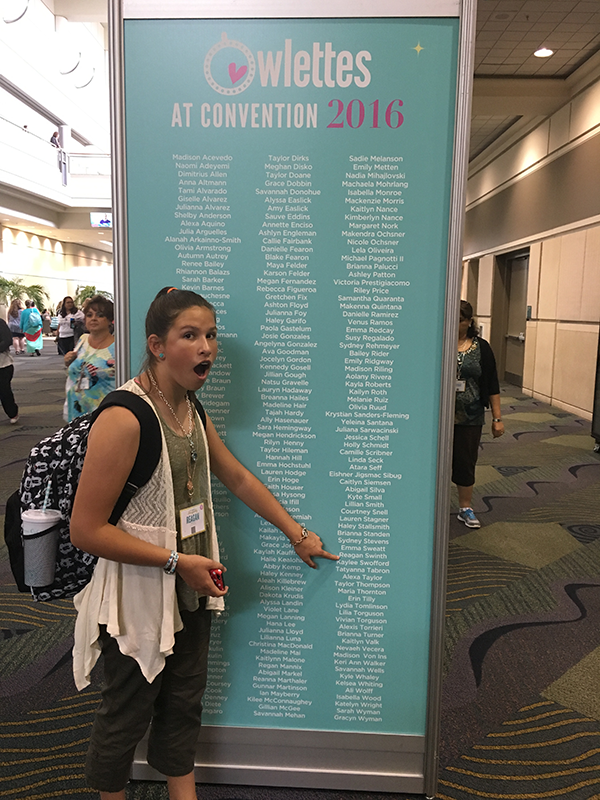 Reagan chimed in, “I love leading a team. Someday I want to be an Executive Team Leader!” She’s motivated, too. She’s currently the only Owlette in the T.E.N. Academy, a weekly leadership/business training class that her mentor Kate McKenzie offers. And at an upcoming Owlette training, she’ll even take the lead during a breakout, teaching a session on vision boards. 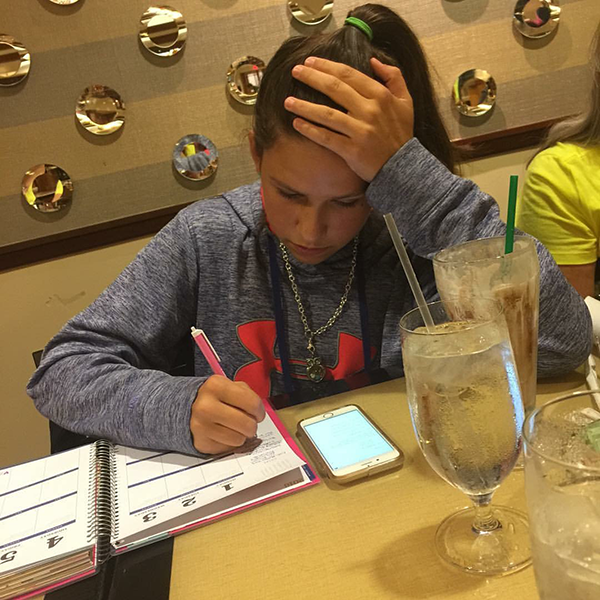 Reagan is having a blast with Origami Owl – and with life in general. She said her “live sparkly” joy comes from her favorite things, like Irish dancing, her puppy Snickers, and her family. Owlettes like Reagan show us what power young people have – whether it’s in social selling or embracing life, thanks for being an example to us all, Reagan! 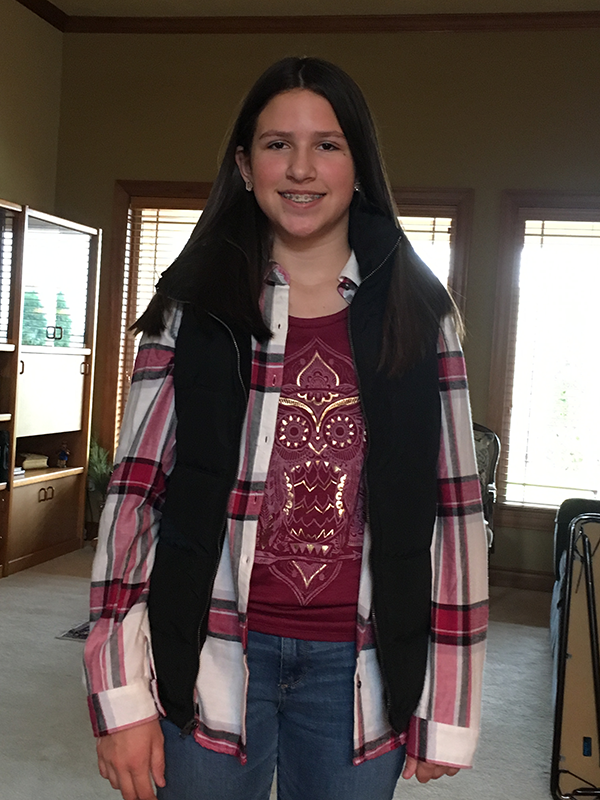