She’s always loved helping others. So when Angie Bogardus joined Origami Owl® back in 2013, our mission to being a Force for Good felt like a natural fit. Over the past few years, she and her daughter, Maliyah, have helped the local homeless by doing things like assembling sandwiches and putting together bags filled with toiletries and other essentials. Angie has given away Living Lockets and Tags to uplift customers (and those nominated by customers) who are facing personal struggles. Last year she donated over $1,300 in personal Origami Owl commissions to local fundraisers. As if all that weren’t enough, this year Angie is taking on an all-new effort: building Chemo Care Bags to deliver to young children undergoing treatment at the nearby Mayo Clinic in Rochester, Minn. 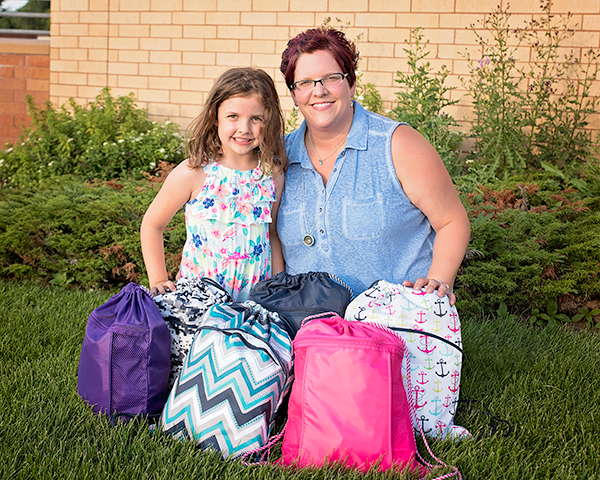 Over the past few months she’s rallied fellow Designers, friends, family, and Facebook friends to join in the Chemo Care Bag cause. Angie has outlined what she wants for each child’s backpack: lip balm (for dry lips, a common side effect from treatment); hard candies (to offset the metal aftertaste, another side effect); socks/slippers; a fleece/fuzzy blanket; a cuddly stuffed animal; plastic reusable silverware (to avoid using metal silverware); an age-appropriate craft/activity; an age-appropriate toy; antibacterial gel and sanitizing wipes; calming skin cream; a hat/scarf (especially for those experiencing hair loss); a new toothpaste and toothbrush; and nail decals for girls.

While gathering supplies for the Chemo Care Bag basics, it’s been Angie’s wish to add something special to the effort – Origami Owl. So when Origami Owl recently learned about her effort, we couldn’t help but want to join in supporting these brave young kids battling cancer. 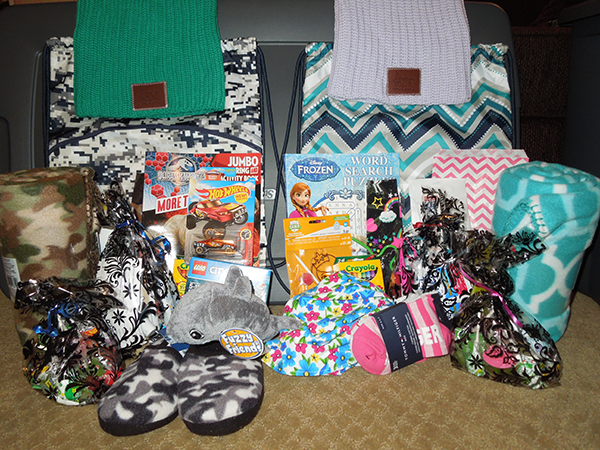 “It all started with me checking with Origami Owl on compliance with the project,” said Angie. “When I contacted CG Support, the representative, Cindy Menendez was so touched she sent my story over to the Origami Owl Live Sparkly team, and before I knew it, Origami Owl said they’d be sending Inscription Tags for the boys that read, ‘Cancer Cannot Silence Courage,’ and Mini Living Lockets for the girls!”

Other individuals, friends, fellow Designers, small businesses and groups have joined in the cause with donations and social media support. One woman who makes custom T-shirts even sent children’s tops with the message, “Made to Conquer.”

With all the support she’s received, Angie said, “I can’t thank everyone enough for all their hard work and generosity. This project has blossomed into this crazy amount of love. Our downstairs room is filled with all this stuff people want to give. Sometimes I might feel like I’ve had a really bad day, but then I go downstairs and start working on the Chemo Care Bags, and I realize it doesn’t matter. My bad day is somebody’s best day – it’s important to remember that. This whole thing has been a very humbling experience.” 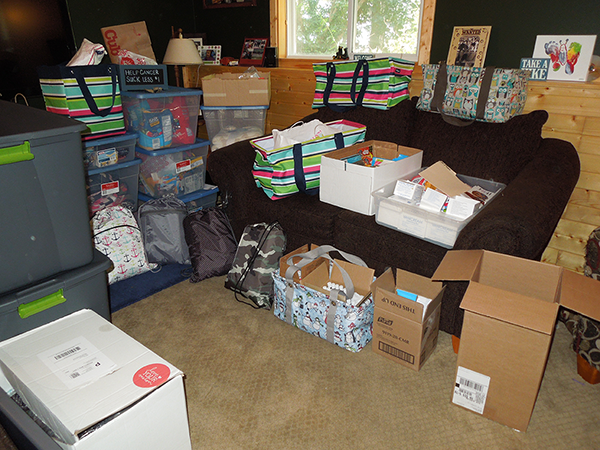 Angie said she’s also been humbled by the recognition the effort has received, sharing, “Our local radio station did a promotion around the Tim McGraw song, ‘Humble and Kind,’ where people could nominate someone who was working to make a difference. I was nominated for the Chemo Care Bag project, and they called me and said, ‘We’re going to give you these tickets to go see Tim McGraw!’ I have two young kids, and we can’t afford things like that! I can’t believe I was blessed with tickets just for doing this.”

For Angie, her “live sparkly” joy comes from her family, and in being able to bless others. In addition to the Chemo Care Bags, she is also planning on building bags for local kids in the foster care system and for women at her nearby domestic violence shelter. “God blessed me, so I can bless somebody else,” said Angie. 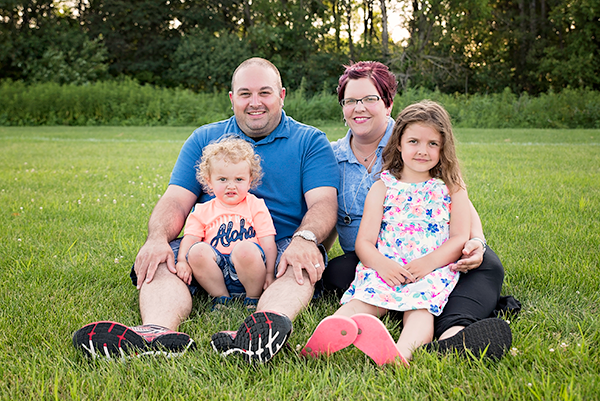 She added that as she looks back at the past few years since joining Origami Owl, she’s grateful for the opportunities it’s provided to help others. “I became a Designer at first to earn a little extra income, but it’s turned into so much more. My husband, Nick, and I are blessed to both have jobs, to have a house, to have two cars. I realized I wanted to use Origami Owl to make a difference, and once I started giving, I knew this is what I needed to be doing, this is what I was led to do … and I’ve been rewarded a million-fold.”

UPDATE: As Origami Owl’s 2017 Force For Good Culture Award recipient, Angie’s willingness to give back to those less fortunate certainly didn’t stop with with the Chemo Care bags, that was only the beginning to something much bigger.  Feeling so inspired and grateful to be in a position to help she created the beautiful non-profit, Sparkling Kindness.   Through this organization, their main goal is to make the world a better place by giving back to those impacted by the devastating touch of cancer.  To learn more visit: https://www.sparklingkindness.org.