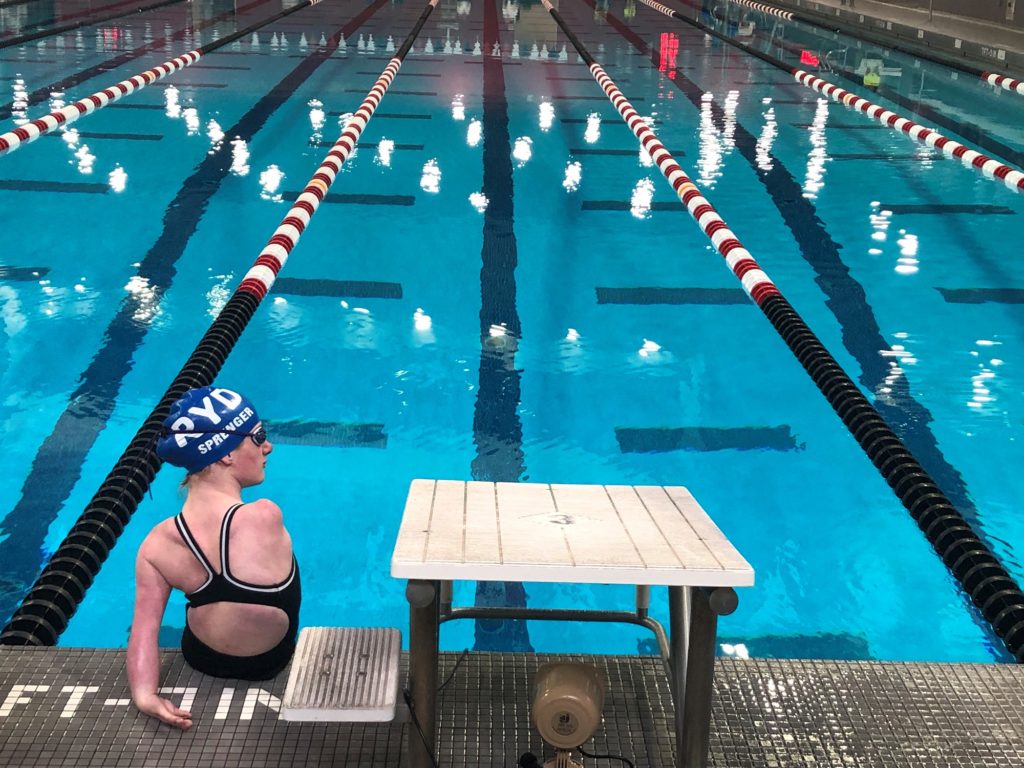 Carrie Ross, a full-time sixth grade history teacher and single mother, strongly believes in the importance of giving back to others. 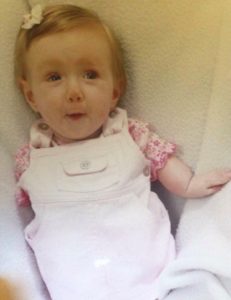 It all started over 17 years ago when a doctor saw possible concerns in Carrie’s 10-week ultrasound.

“The doctor asked us to come back and do a repeat ultrasound around 16-to-17 weeks along,” recalls Carrie of Ohio. “That’s when our lives changed forever.”

The ultrasound showed that the baby had no legs, no right arm, and internally, had a hole in her brain, and no stomach.

“I remember it was Valentine’s Day and we had planned to go to dinner and do a baby registry,” shares Carrie. “When we got home, there were eight phone calls from our OBGYN. He said he was sending us to a specialist for more testing. After more blood work and tests, the specialist told us there was no way this baby would survive without a stomach.”

With so many internal issues, Carrie was told she needed to plan for a funeral or go through with the pregnancy.

“I’m a Christian, so in my heart…I had a greater faith that she’d make it,” says Carrie.

So, Carrie planned for both – she planned a funeral and packed a baby bag. 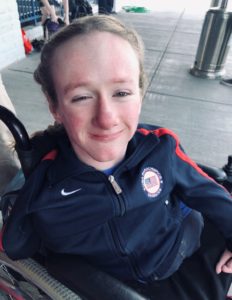 Then, Carrie got her miracle.

Carrie vividly remembers being in a room for moms whose babies aren’t expected to live.

“They did a mercy feeding and didn’t know where the food was even going since she didn’t have a stomach,” shares Carrie. “Every time they did an ultrasound, they were actually looking at a diaphragmatic hernia – her stomach was hiding behind her lungs!”

They took Bre to the NICU and by August 1, she was in her first major surgery. The little girl lived in and out of the hospital for the first eight years of her life and underwent 20 surgeries.

Despite the struggles, Carrie says she was committed to giving Bre the most normal upbringing possible. Part of this was starting aquatic therapy.

“She quickly outgrew that pool,” recalls Carrie. “Within a year, she was able to swim on her own.”

Bre’s love of swimming continued to grow, and when Bre was nine years old, Carrie decided to create a swim team since there wasn’t one in their area.

Bre loved swimming so much that by age 10, her times were good enough to try out for the U.S. Paralympics team in London.

While she didn’t make the team for London, she did make the U.S. Paralympics World Team in Montreal two years later. As the youngest member of the team, Bre set two American records in the 100 butterfly and 100 backstroke.

While 17-year-old Bre has continued pursuing her love of swimming, she’s now focused on her next big step in life – college. 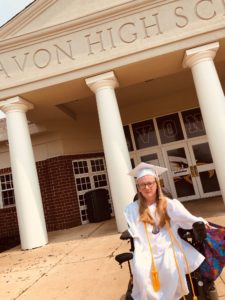 “She’s very passionate about giving back to hospitals that helped her,” shares Carrie. “(Child Life has helped her get) through all those hospital stays.”

On top of getting ready for college, Bre volunteers at the Cleveland Clinic, where she had all her surgeries. She also raises money for them and the local children’s hospital.

O2 Journey + Being a Force For Good

And, it’s exactly that giving back mindset that brought Carrie and Bre to Origami Owl.

Drawn to Origami Owl’s mission of being a Force For Good® and giving back to others, Owlette Team, Carrie and Bre, joined Origami Owl after Senior Designer Karie Youngeberg paid it forward to them during a Pay it Forward special offer in April.

“Origami Owl makes it very easy for us to do this business from anywhere,” shares Carrie. “It allows me to put my family first. It allows Bre to be part of something with me – which is even better! But, most importantly, it aligns with what Bre and I have always stood for – being a Force For Good. The jewelry represents just that.” 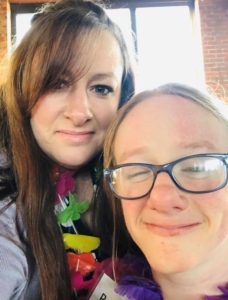 Together during a Jewelry Bar®, Carrie, Bre and Karie raised $300 to donate to Youth Challenge – an organization that is very close to Carrie and Bre’s hearts.

In addition to YouthChallenge, Carrie and Bre want to raise money with their Origami Owl business to give back to Matthew’s Lending Library and Love Inc. Matthew’s Lending Library lends medical equipment, bathing chairs, ramps, and more, to families who don’t have insurance. Love Inc. provides home repair and home access by building ramps on senior citizens and children with disabilities houses. They even built a ramp for Carrie and Bre’s house.

Through it all, Carrie can’t imagine her life any other way.

“If Bre didn’t have all these medical issues, we wouldn’t have (had) the life experience we had,” says Carrie. “Bre educates people on embracing differences and always tries to see the positive in every situation. She’s always asking, ‘How can I include people?’ Honestly, she makes my job as a mom easy!”