Owlette Starts “Lunch Bunch” So No One Eats Alone 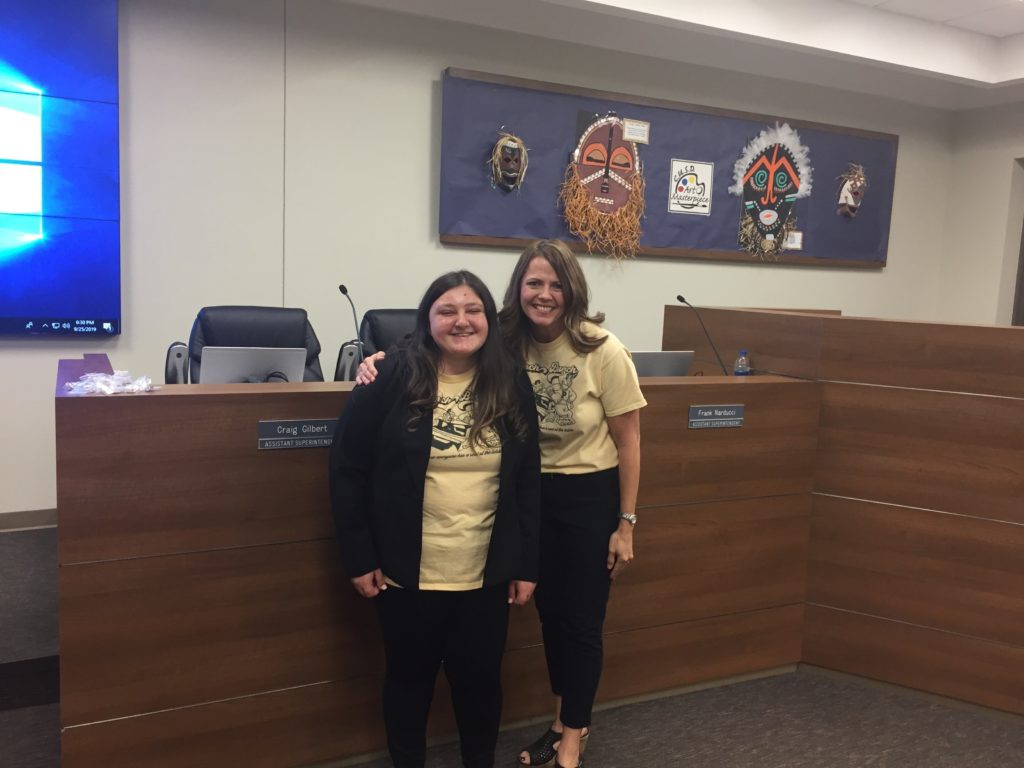 Seventeen-year-old Sophia Smith is used to being the new girl.

With her dad changing jobs and being transferred to new locations, Sophia has moved back and forth from California to Arizona, attending several different schools, since she was in preschool.

“In 2009, my mom (Designer Debra Smith) and I moved back to Arizona,” recalls Sophia. “I didn’t have a lot of friends and found it difficult to meet new ones.”

Wanting to be able to walk into the lunchroom and not have to worry about who to sit with, Sophia had an idea. 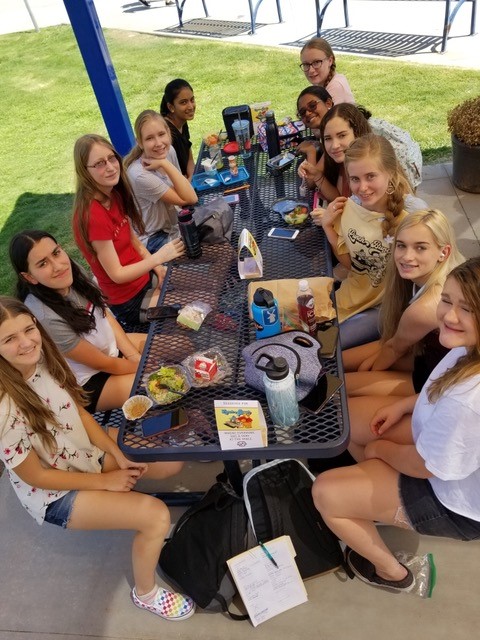 The Inception of Lunch Bunch

“I started Lunch Bunch to make sure that students who normally sit alone at lunch have someone to sit with,” shares Sophia. “Our mission is to make sure no one is starving for friendship, and our slogan is ‘Where everyone has a seat at the table.’”

What started with five students has since grown to about 20.

“Some of the students stay at the table and socialize while others go around and ask other students if they want to come sit with us,” says Sophia. “We really just want to spread kindness and make sure no one is alone.”

Knowing the youth suicide rate has skyrocketed nationally in the past decade, Sophia and the Lunch Bunch club members want to focus on bringing people together and prevent the isolation that often leads to students being at-risk.

The goal of the Lunch Bunch club is to ask anyone who’s sitting by themselves if they want to come sit with them, even if they say no thanks.

“Some students just want to unwind and relax by themselves during lunch,” shares Sophia. “We just want to make sure they know that someone notices them. Just saying ‘hi’ and making sure they’re doing okay makes a difference.”

Sophia has not only made new friends since starting Lunch Bunch, she’s also set up a plan to continue the legacy after she graduates from Perry High School in Chandler this year.

To make sure they develop the proper framework needed, Sophia and the Lunch Bunch club are working with Arizona State University (ASU) so the club can spread to schools that need it. 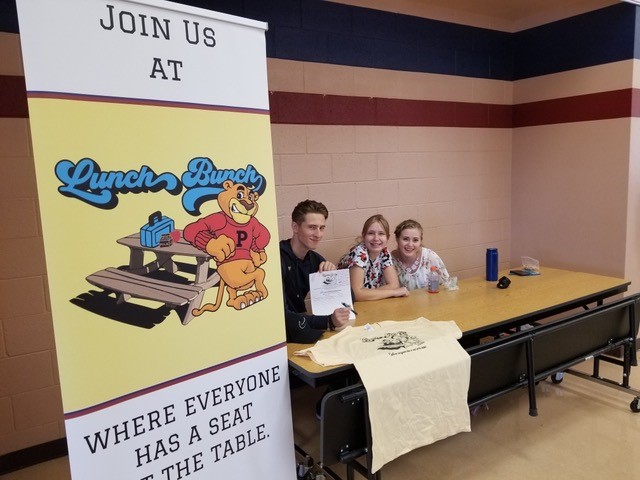 Sophia and the Lunch Bunch club members have already received peer training from an ASU representative and will continue to have meetings with the assistant director of ASU’s Health Services to make sure the club has continued guidance and framework to stay on campus long term.

At the end of the school year, current Lunch Bunch officers will train the new officers to ensure Lunch Bunch continues even after they’re gone.

“Many new clubs don’t last very long due to organizational problems and non-effective meeting strategies,” shares Sophia. “We’re going to plan activities a month or two in advance to make sure this club continues to grow and expand.”

Not only does Sophia have plans to help the club grow and expand on her campus, but conversations are even starting with the school board about expanding the club district-wide.

But, it’s getting even bigger than that.

“Several junior high and high schools have reached out to us to get details on Lunch Bunch, the logo and how the club is being run,” explains Sophia. “Two other schools here in Arizona, and a couple of other schools in other states, including New Jersey, are starting their own Lunch Bunch clubs. We hope it continues to spread to other schools, and eventually, gets sanctioned to the entire school district.”

Those efforts recently caught the eye of a local news crew, who shared Sophia’s story of the Lunch Bunch club.

Not only is Perry High School where Lunch Bunch started, it’s also where Origami Owl® Co-Founder Bella Weems-Lambert went to school. The co-founder is no stranger to her alma mater.

“I first heard about the (Origami Owl) Owlette Program after Bella came and spoke to us,” recalls Sophia. “She was so inspiring. (Then, I saw) the jewelry on other students in my marketing class. I’ve always wanted to learn how to start my own business.”

Sophia strongly identifies with Origami Owl’s mission to be a Force For Good®, and believes the Lunch Bunch club’s values are in line with what the jewelry represents.

“It’s about being true to yourself and sharing with others,” shares Sophia. “So, in August 2018, my mom and I started our journey with fellow Owlette Team, Director Christina Nguyen (Megan Nguyen and Alexa Taylor).” 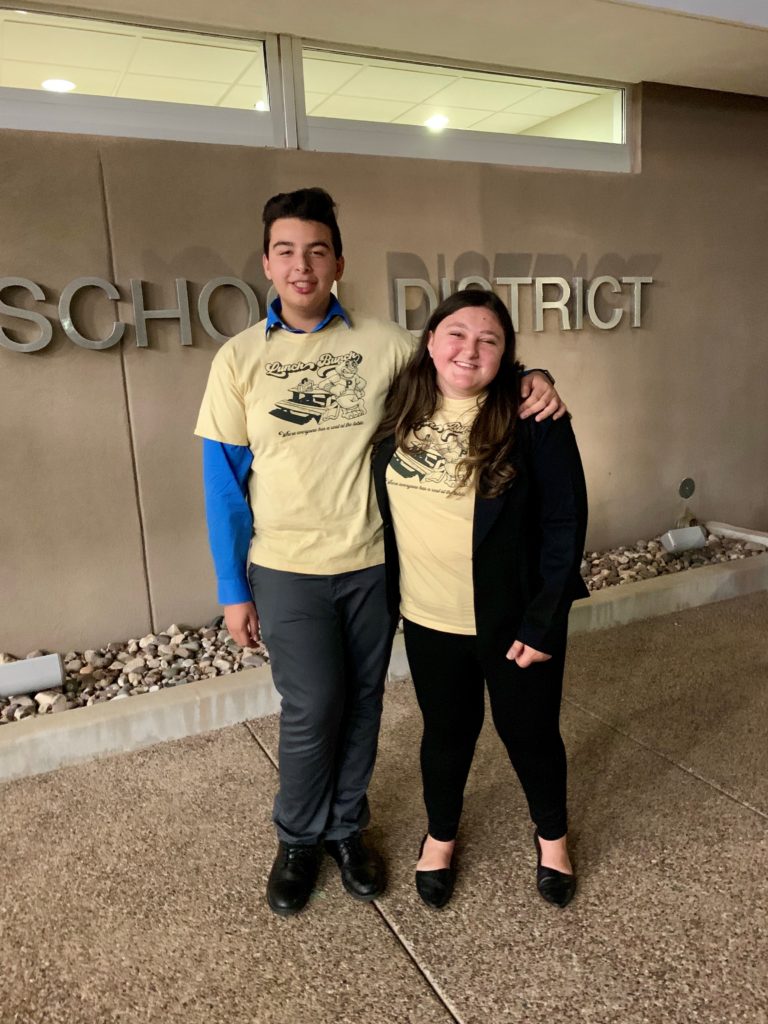 Continuing to be a Force For Good

For Sophia, the Lunch Bunch club is simply an extension of how she lives her life, says her mom, Debra.

“Sophia is the first one in her class to welcome the new person,” shares Debra. “She offers to show them around. She’s also been working with disabled kids in her school. She goes on educational opportunities to the state fair and other events with them.”

She adds, “That is truly just who she is as a person. I’m so proud of everything she’s done and how big her heart is.”