Origami Owl® Designer Gives Back For the Heart

Rosa Gutierrez knew from a young age that her family was different.

While other children drank two percent milk at school, she only drank skim milk. And, her family was always aware of trans fats and consuming fish rather than red meat.

If her family wanted to go on a vacation, they never went by plane.

“I wasn’t really aware of what was going on at the time,” reflects Rosa Gutierrez of California. “I just knew we couldn’t do certain things.” 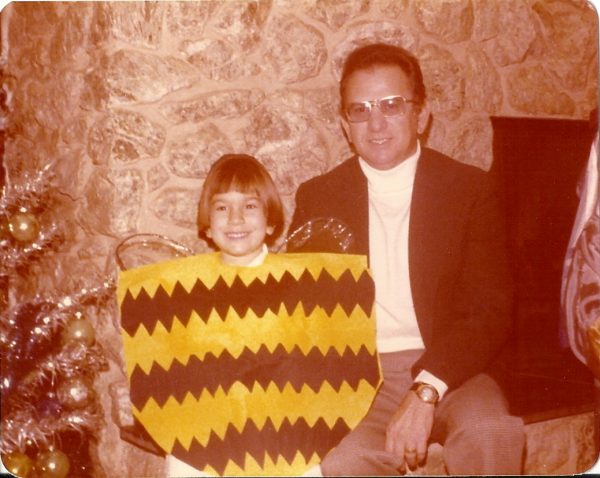 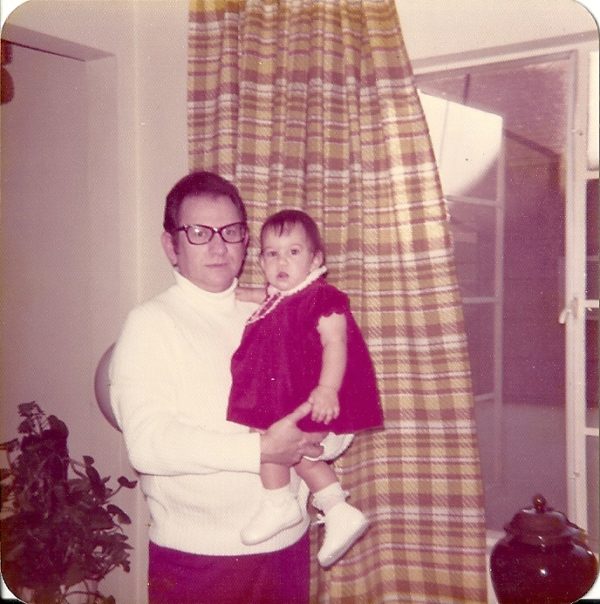 When she was 6, unbeknownst to Rosa, her dad had a heart attack. She was shuttled to her grandmother’s nearby home while her mother tended to her dad.

Soon after, Rosa remembers seeing her father at home more. It was later she found out that her salesman father was no longer able to perform his job and had to lean on disability benefits instead.

To young Rosa, however, it just meant more time with her dad. He would walk her to school every morning and pick her up after school each afternoon.

“I was Daddy’s little girl; I’m a lot like him,” laughs Rosa, who noted her nose and ears match his while her temperament can also “get hot” like his.

She adds, “He was also a huge Dodgers fan. I definitely inherited that.”

One day when Rosa was 10, the pair was running errands after school and stopped by the gas station. Rosa sat in the car, excitedly waiting. They were getting gas and then planned to go to the craft store to pick up yarn for her newest hobby: crocheting. She was in the middle of crocheting a scarf for her dad and she couldn’t wait to complete it.

“I heard, ‘Sir! Sir!’ and realized he was screaming for my dad,” says Rosa.

Her dad had fallen while pumping gas and was not responding.

Gas attendants called an ambulance, and Rosa quickly dialed her mother’s work phone number from the gas station’s phone to tell her they were heading to the hospital.

Soon, she, her mother and grandmother were all gathered in the hospital waiting room, hoping to hear news about her father.

When the doctor walked out, time stood still.

Her father was gone. It was only years later that Rosa would learn that he had suffered from an enlarged heart for much of his life and wasn’t a candidate for open heart surgery. Years of smoking and his first heart attack when she was six had taken its toll as well.

Giving For the Heart

Losing her father so suddenly affected Rosa in many ways, but she likes to focus on the positive lessons she’s gained through the experience. She noticed the giving envelopes in her mailbox from the American Heart Association tugged at her, and she often gives back to the cause now with the hope of helping others. She knows that if more advances had been made in heart research years ago, her father might have had a better shot at living a healthier, longer life. She wants others to have what she didn’t.

She also has one ritual she sticks to without fail.

“To this day, even if I’m talking on the phone with my husband, I always make sure to say, ‘I love you,’ before we hang up,” she shares. “Since that moment (of my father suddenly passing away), I’ve just had a fear of losing someone without saying ‘I love you,’ or ‘good-bye.’”

Grasping the importance of each moment also led her to starting an Origami Owl® business.

In the summer of 2015, she was introduced to Origami Owl custom jewelry by her cousin, who was hosting a Facebook Jewelry Bar, an event designed to demonstrate how to put together a Living Locket® and share the latest jewelry from the company.

Rosa’s sister-in-law began telling the story of the company and Rosa was intrigued. After hearing about Origami Owl’s Owlette program, which is a young entrepreneur program to support 11-to-17-year-olds who want to sell the jewelry with an adult to earn extra money, Rosa knew it would be the perfect activity to share with her then 12-year-old daughter, Veronica. 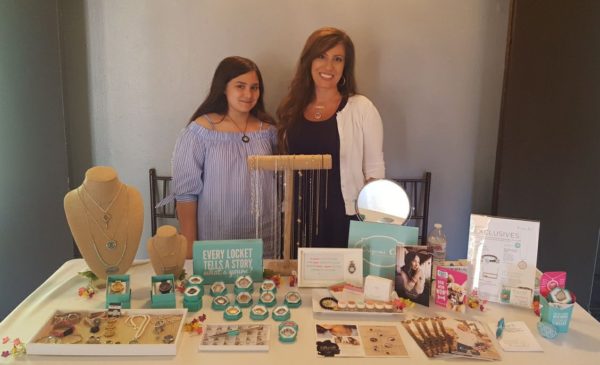 “I thought, ‘what do I have to lose?’” says Rosa. “I also thought it could be something my daughter could always remember me by.”

So, she started her Origami Owl business in the fall and added her daughter as an Owlette so they could work on the business together. Her daughter often helps at events and shares the latest jewelry with teachers and friends at school.

Rosa’s favorite month of the year in her Origami Owl business is February because it’s American Heart Month.

“Every year, Origami Owl does something to give back, and that means so much to me,” explains Rosa.

Sharing about heart disease and the opportunity to purchase items that give back to the cause has also connected her to other family members who have experienced similar losses.

“Last year, I met a woman who lost her husband to a heart attack and she said the American Heart Association was near and dear to her,” shares Rosa. “She loved our Force For Good® efforts so much that she hosted a Jewelry Bar® for me. She’s now one of my team members.”

The Flexibility to Forge On

Rosa says her Origami Owl community and income have helped her through trying times. After losing her mother to breast cancer in early 2015 and then starting her Origami Owl business, she decided to leave her full-time job as a hotel manager to focus her time and energy on being a mom. The flexibility of her Origami Owl business allowed her to be present for her kids, and continue earning an income in the nooks and crannies of her schedule.

While the loss is sometimes heavy, Rosa says Origami Owl has provided so many moments of fun and connection for her and her daughter. She feels like she’s always helping others, which has been a fulfilling experience and her Origami Owl business is now her sole income.

“I’m so grateful we can help give back in any way, but especially with a beautiful jewelry piece,” says Rosa of the company’s Force For Good jewelry. “Our jewelry is not just pretty, it’s truly meaningful.”