Read the family’s story below: 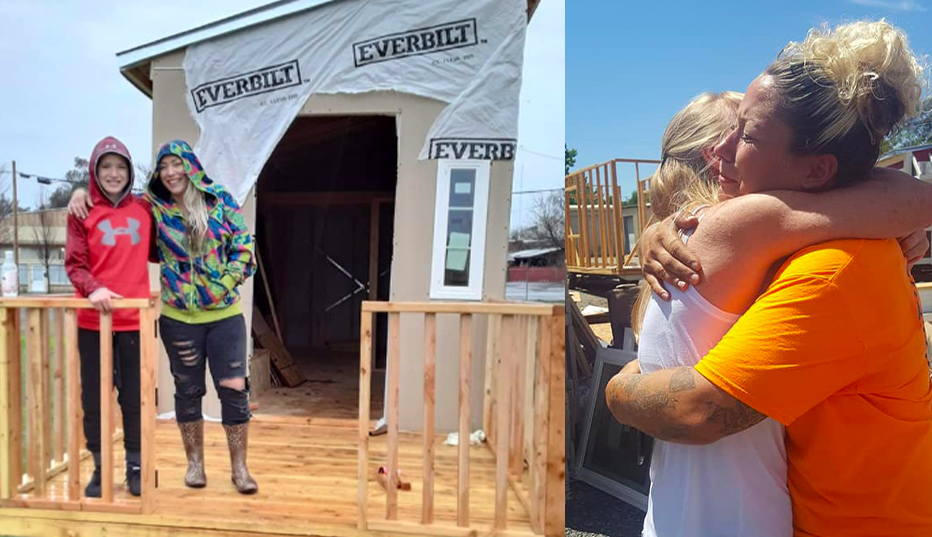 The Camp Fire of November 8, 2018 in Northern California “came from out of nowhere” and destroyed 18,000 structures, killing 86 people and leaving 42,000 people homeless and jobless in a 24-hour time frame.  But it wasn’t the charred landscape in the communities that left Alyssa Nolan-Cain, 34, a single mother of three young children, devastated. It was watching so many elderly and underinsured individuals forced to live in tents and their cars after losing literally everything.  Alyssa, who had no construction experience and works a full-time job, knew she had to do more. She began researching and watching YouTube videos on how to build tiny homes. She personally built and funded the first tiny home in January of 2019 and gifted it to a survivor and her daughter in March 2019.  She decided to reach out to the community and began collecting donations to build additional homes for victims of the fires. Since starting her “Tiny Homes for Camp Fire Survivors” organization, Alyssa has raised enough to build 10 tiny homes, with each costing approximately $7,000 to complete.  The actual building of each home is completed through community volunteers; other times, Alyssa is the only one building the home. Alyssa has a waiting list of 483 individuals and families who still do not have a place to call home a year later, so she is determined to keep going. Her hope is to fulfill the needs of these families as quickly as possible.

Nominated by: Origami Owl Designers Lacey Adelmann and Barbara Gomes who have personally volunteered in the community to help Alyssa build Tiny Houses.