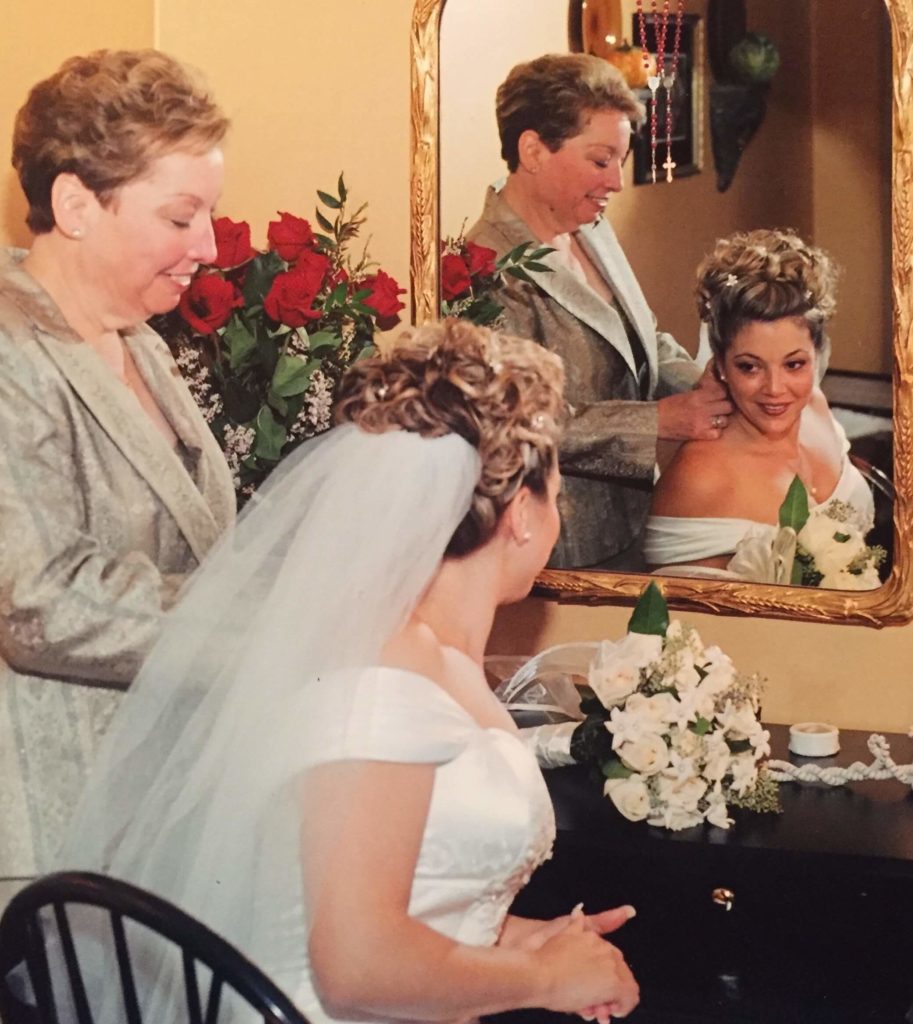 The call came in the middle of the night.

Kathy Chernow’s sister quickly explained that their mother, Carole, had passed out in the bathroom and they were on the way to the hospital.

Throwing her clothes on, Kathy rushed to the hospital where she learned the terrible news: her mother had suffered a massive heart attack and doctors weren’t sure if she’d make it.

Though her mother had just had a routine physical two months prior, only an angiogram could have detected the massive blockage she was unknowingly battling. 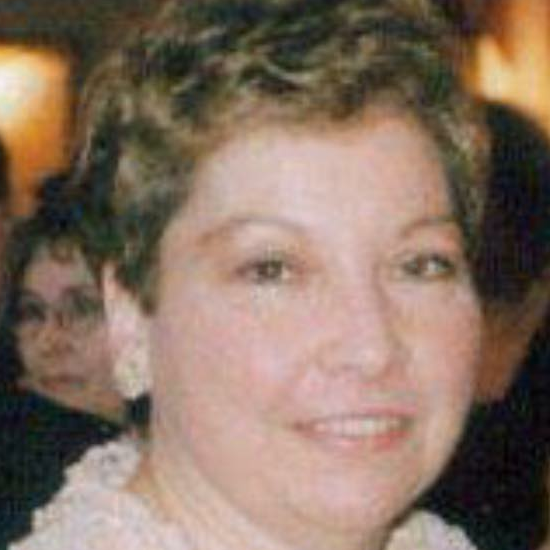 Within minutes of arriving at the hospital, doctors decided to try a blood thinner to help Carole pull through. Miraculously, she did, but the heart attack would leave lasting effects on her fragile heart for the next 17 years as she battled congestive heart failure.

“Doctors recommended a heart transplant, but my mother felt it should go to someone else,” explains Kathy of New York. “She did everything she was told to do to survive, but her quality of life was compromised. There were a lot of things she couldn’t do after that – go to the mall; walk up and down steps.”

She continues, “But, we were grateful and just tried to make every day positive. My mother was a Wonder Woman who always put her family first.”

Sadly, Carole lost her battle with heart disease in the spring of 2012. 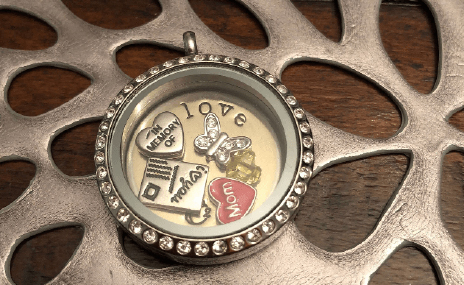 Hope Amid the Grief

Weeks after her mother’s death, Kathy was sitting in her local nail salon when she noticed a flyer on the bulletin board, featuring customizable lockets.

“I thought the locket was so pretty and I decided I wanted to make one for myself and my sisters and sister-in-law in memory of my mother,” recalls Kathy.

But, the full-time hairdresser also realized that when she wore the necklace, her clients would likely ask about it, and want to purchase it.

So, she filled her husband in on this new company, Origami Owl®, and joined the wait list to become a Designer and earn a commission for selling the jewelry.

“It came at such a great time,” reflects Kathy. “It kept me busy and hearing other people’s stories and telling mine” was a good distraction.

She adds, “everybody has a story and we all have a reason for wanting a Living Locket®, whether you want it known or not. It’s something you can keep close to your heart.” 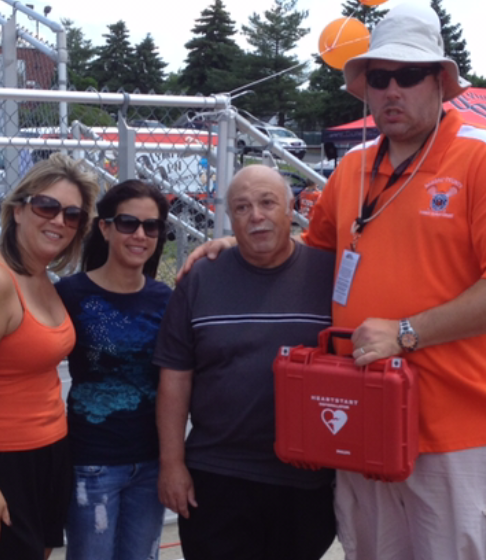 Just a few short months after the passing of her mother and starting her Origami Owl business as a Designer, a moment of inspiration hit her and she knew she had to give back.

Kathy’s mother, Carole, committed much of her spare time to helping the National Association of PAL or Police Athletic/Activities Leagues, in her community, eventually becoming president of the chapter. Kathy looks back on those hours of service fondly and was immensely proud of her mom’s ongoing efforts in the community.

PAL, which is an organization dedicated to “engaging kids, cops and community” to “prevent juvenile crime and violence through mentorship, civic/service, athletic, recreational, enrichment and educational opportunities,” according to the association’s website, has chapters across the country dedicated to connecting young people and law enforcement on ball fields.

Kathy knew that a neighbor’s 14-year-old son died unexpectedly earlier in the year after he was struck in the chest by a lacrosse ball. The boy had an unknown heart condition. Had there been a heart defibrillator near the field to restart his heart, the teen might be alive today.

She called the Franklin Square PAL and inquired about donating a heart defibrillator, with the help of the organization LA12, funded by her Origami Owl commissions.

“They were amazed and said, ‘really?’” says Kathy.

On a day filled with lacrosse honoring the young teen, Kathy and her family handed a new heart defibrillator to the PAL in honor of Carole.

“If it saves even one person’s life, then my mom’s life meant even more,” Kathy shares through tears. “Even if it just gives peace of mind to have it there, it’s worth it.”

While Kathy originally joined Origami Owl to help others and wade through her own grief, her journey with Origami Owl six years later has culminated in countless new “sisters,” company-paid trips to Cabo San Lucas, Mexico, Maui, and a cruise as rewards for achieving business goals, and memories that will last a lifetime.

“I am so grateful,” shares Kathy. “I love what Origami Owl does for everyone and giving back to causes that are important to so many people.”

She adds, “I really believe my mother sent Origami Owl into my life.” 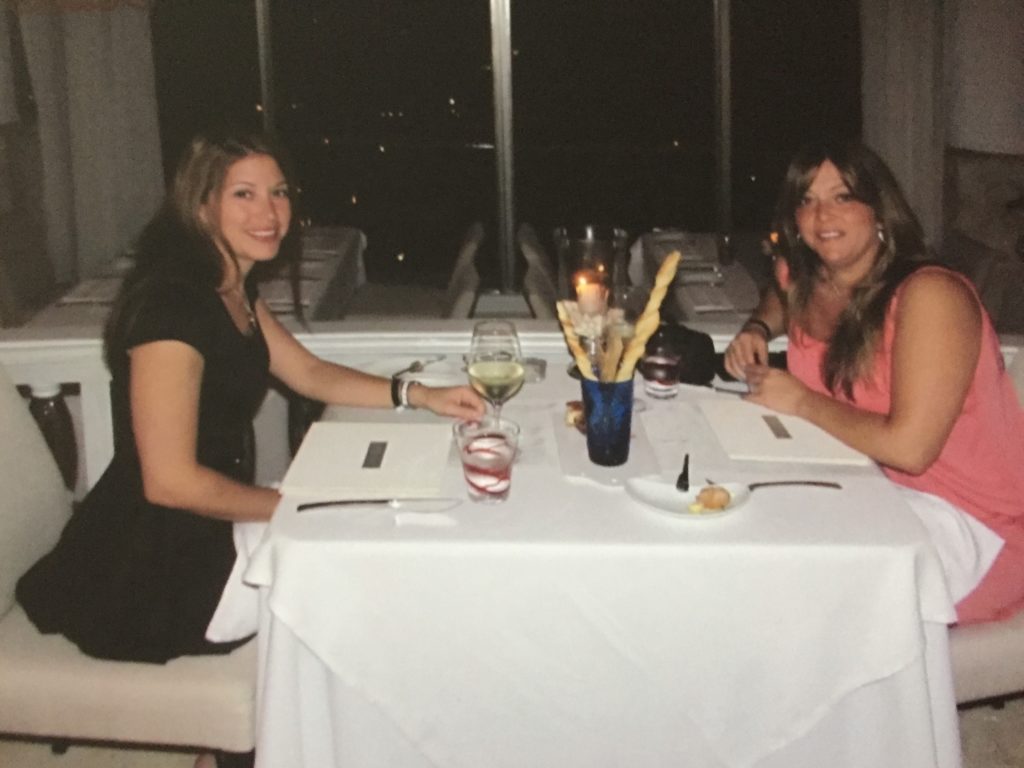 On an earned trip to Cabo with her sister.