Losing Her Dad to a Brain Tumor, But Carrying His Love Always 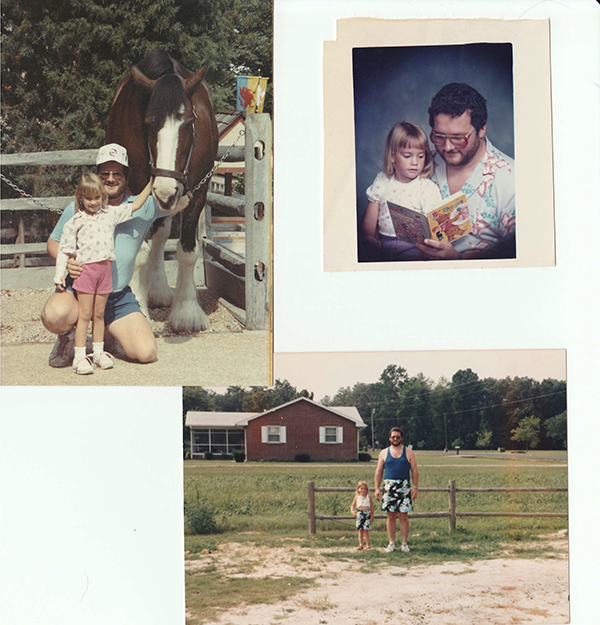 Jessica Lewis adored her dad. He had always called her his little “Bear.” He had coached her in softball from the time she was tiny all the way through high school. They could talk about his favorite team, the Baltimore Orioles, for hours. They were so close, she grew concerned a couple years ago when, as Jessica said, “He started having these episodes – he would stare off into space; we couldn’t get his attention.” The family went with him to Johns Hopkins Hospital to see what might be wrong, and came home with grave news. The episodes were seizures, caused by a malignant brain tumor. 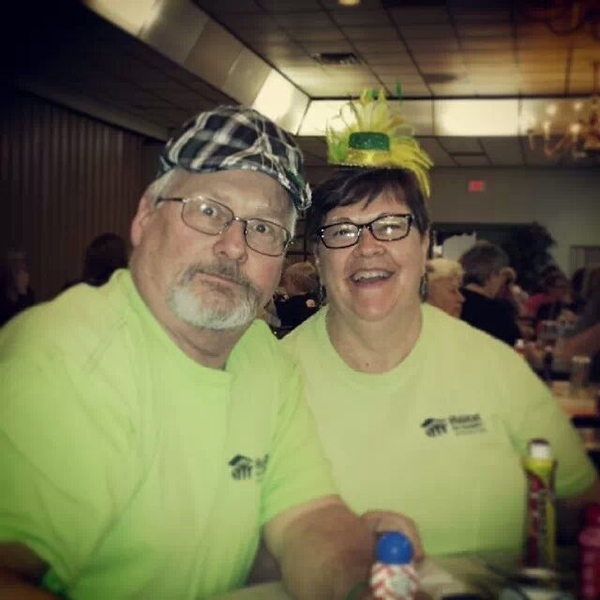 The diagnosis was devastating. But they knew her dad was tough. He underwent his first brain surgery in May of 2014, and worked hard to overcome the post-surgery effects. He fully regained his speech and mobility in the following months, and the family was encouraged. Jessica, an Origami Owl® Designer gave her dad a special gift to commemorate his recovery. It was an Origami Owl Tag, inscribed with a cross and the same phrase as her dad’s only tattoo – a tattoo he had gotten just a few years earlier after healing from a life-threatening motorcycle accident. The Quilted Black Tag read: God Protects You – Just Ask Me! 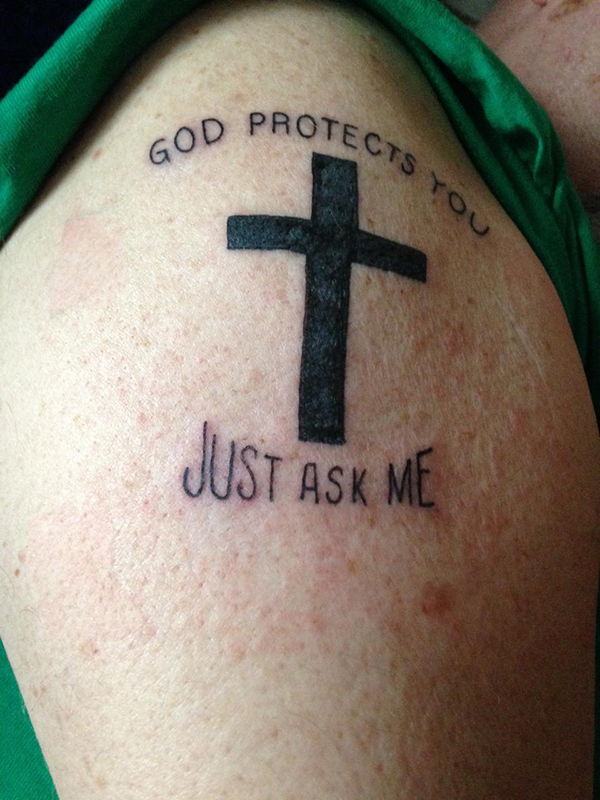 The family’s hope was relatively short-lived – just over a year later doctors noticed the return of the brain tumor. They performed another surgery, and even though the brain tumor’s growth had been abated, her dad’s symptoms worsened. She said, “He started falling again. They adjusted his medicine, but nothing seemed to be working. He went downhill, and by last November he couldn’t talk anymore.”

Jessica took a break from her nursing career to join her mother as full-time caregivers to her dad. She said, “He was bed-bound. My mom is an accountant, and she had to become a nurse overnight. That’s what I do, I’m a CNA, but I never had to do it for my father, which was extremely tough. I knew it had to be done, though. I knew nobody else would care for him as good as I could.”

The brain tumor finally took its toll – Jessica’s dad passed away on Mother’s Day this year, leaving a big hole in their family’s hearts. As Jessica looks back at the last few months of his life, she said she was grateful for Origami Owl, as it empowered her to still earn an income while she had to step away from her full-time job to care for him.

She also cherishes the bond Origami Owl brought them as father and daughter. She said her dad loved his Tag and continued to wear it every day until he passed away. And often while she was caring for him, she would lean over to adjust something and he would grab her Living Locket. “He would hold my locket and look at the charms for several minutes. He couldn’t talk, but this was his way of communicating, of saying he loved me and wanted to connect.” 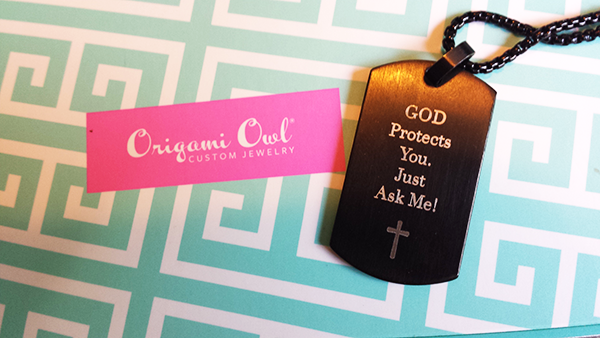 While she misses her dad dearly, she loves wearing a special Living Locket she made in his memory. “The Inscription plate on back says: Daddy Loves his Bear. I have the Dad Heart Charm; the I Love You Hand Charm; and the Love You Charm. I also put in the Baseball Mitt Charm (because he taught me softball, and he played it himself in the church league); and the Baltimore Orioles Charm, because he’s a huge fan. It has the Motorcycle Charm (because he loved riding his motorcycle); the Double Angel Wings Charm (because he’s my angel); the Teddy Bear Charm (for my nickname); and the House Charm (our house was where everybody came – because my parents are such nice people). I also have a Dangle that reads: Bear loves her Daddy.”

Along with her memory locket, Jessica wears her dad’s Tag, explaining, “It reminds me of him – I wear it every day.”

COMFORT IN A LOCKET

Jessica is grateful to be able to pass along the power of Living Lockets to comfort others, as well. Her husband’s brother recently passed away in an automobile accident, and while the family is reeling from that loss, as well, she’s grateful to be able to put together a locket in his memory for her mother-in-law. “While she can’t have him, she can carry all of what he was, what he stood for, in this locket,” said Jessica. 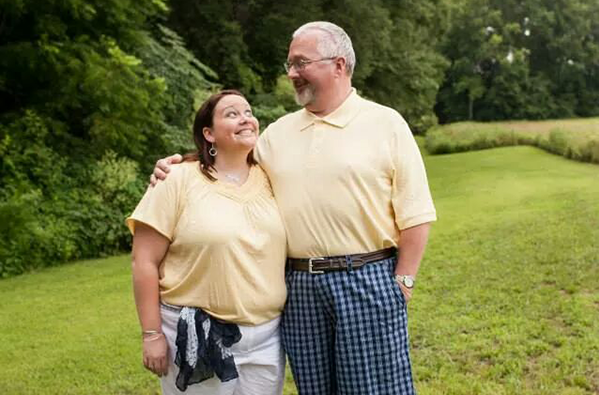 Jessica admitted this year has been one of the hardest for her and her family – especially for a daddy’s girl who lost her father to a brain tumor. But Jessica said she has found “live sparkly” joy in “knowing that my dad is in heaven, that he can talk and walk and ride a motorcycle – if they have them. For me to carry these lockets, to wear these items that are inscribed, makes me feel like he’s with me. Helping others make lockets, too, has been a gift. That’s my sparkle; it brings joy knowing that I can make these to help other people. It doesn’t bring the person back, but at least you can carry them with you.”

For more info and to help in the fight against brain tumors, visit The National Brain Tumor Society at www.braintumor.org.