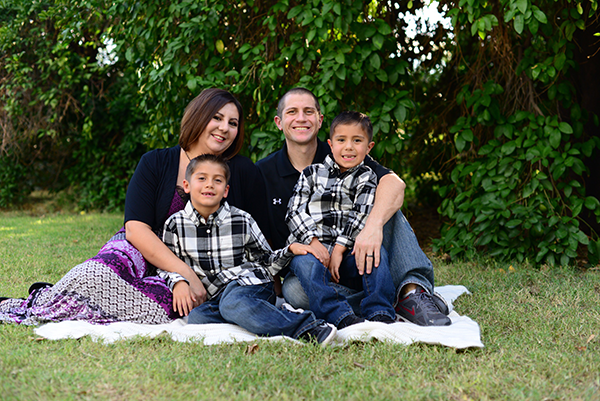 Tiny charms, sparkly crystals, beautiful plates – they’re all ingredients for Origami Owl®’s Living Lockets. But for Independent Designer Stacey Haynes, they’ve become so much more than tools of the trade – they’ve become the perfect recipe for a fulfilling life.

When Stacey first joined Origami Owl, it was because she’d fallen in love with the lockets at a Christmas Jewelry Bar. Her husband could see it was more than a passing infatuation, and he surprised her with the “gift of becoming a Designer” for Valentine’s Day.

Now almost two years later, Stacey cherishes the opportunities she’s had to help others create lockets of their own. “I didn’t think I would cry as much as I have, helping people tell their stories through the lockets,” said the Designer and mother of two. “I don’t know if it’s just me, but I get a lot of people who have lost family members, babies. I lost my father a long time ago, so it hits home with me.”

One of her most memorable experiences occurred at a Women’s Expo, when a woman came up to the Origami Owl booth and wanted to create a locket for her three-year-old daughter. “She was filling it with a tiara, because her daughter loves princesses, and a ‘3’ because she was just three years old … and I was thinking – a heart locket for a three-year-old? That’s a huge gift for someone so young.” But then the woman shared that she would soon be losing her daughter, and she wanted to find a way for her daughter to remember her. “I don’t know if she was losing her daughter to foster care or to a family member, but as she cried, I cried. My heart went out to her – that would be such a hard thing to do!”

It’s not just the connections with customers that have touched Stacey’s life. It’s also the sisterhood she has found with other O2 Designers. Stacey meets up with her team at least once a month for coffee, inspiration and O2 business talk. “I like getting together with them – I’ll usually teach them something new. We help each other out,” said Stacey.

She added, “Being a stay-at-home mom, Origami Owl gives me purpose. I like that with our company, it allows us to empower other women. For me, I’m able to help other stay-at-home moms and retired grandmas, to give them purpose also.”

While the stories and connections fuel her, it’s Stacey’s love for her family that makes her sparkle. That joy is reflected in her favorite locket, one she created early on. Its customized plate reads: “Haynes Family, est. 2005.” Adding to the fun are two boy charms for her sons, a mom charm for herself, a wedding ring for her husband, a cross for her faith, a typewriter for Origami Owl’s opportunity to “tell your story,” and a soccer ball, because all four of them play soccer (yes, even Stacey and her husband, who play in a Friday night league!). The locket means so much to Stacey that she went from wearing it on a necklace to toting it around as a bag clip key chain – to always have it with her.

Above all, Stacey enjoys the opportunity Origami Owl has given her to express what she cares about most, and to be there for others. She said, “It’s amazing how these lockets help people open up, share their life stories!”