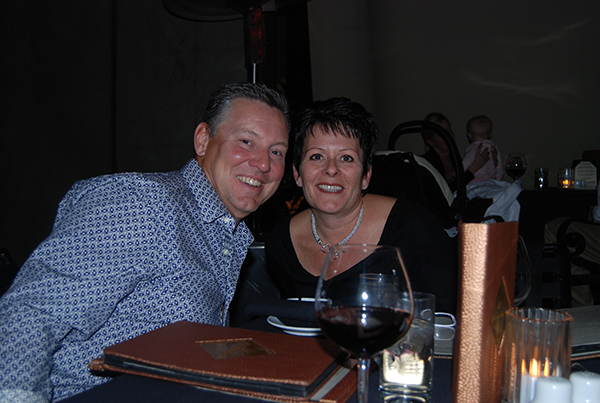 They were high school sweethearts, soul mates from ages 15 and 17, married at 18 and 20, and welcoming their first daughter at ages 20 and 22. Elaine and Chuck were blessed with three daughters, Christa, Jenelle and Tiffany. They were blessed with professional success, and lots of opportunity for travel and adventure. Most important, the home was filled with lots and lots of love. 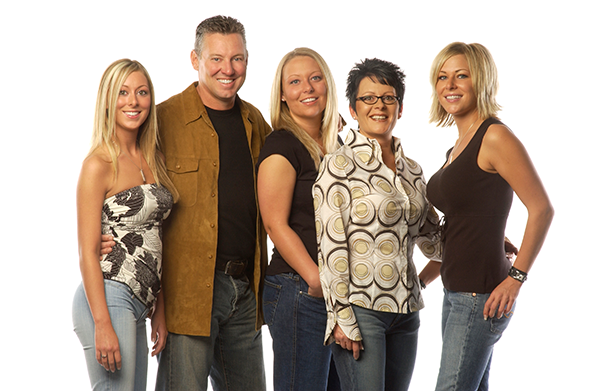 But it all came to an abrupt halt on September 24, 2010, when Chuck was tragically killed in a plane crash. At just 49 years old, Elaine lost the love of her life; her daughters lost a loving father; and they all had to ask themselves, “What do we do after losing a loved one?”

“Chuck loved life; he loved the Lord; he loved his family; and he loved his friends. He was my rock, and losing him was the crushing blow that shattered my world as I knew it,” said Elaine. Grief-stricken but full of faith and determination, Elaine and her girls decided to honor and celebrate their husband and father any way they could. 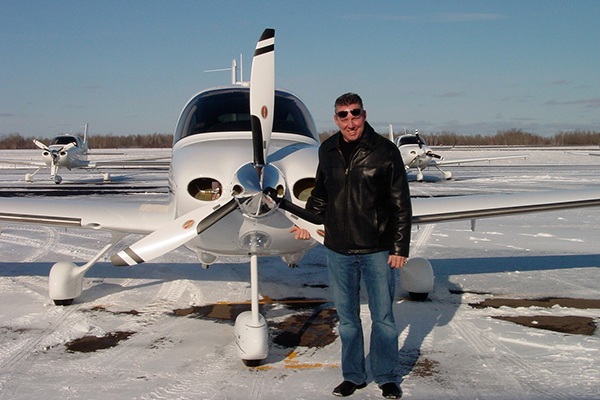 As a strong Christian, a man of faith, Chuck believed that it was a privilege to give back. Chuck supported The Mustard Seed Foundation, a Christian outreach organization. Locally, the foundation was building housing to help Calgary’s homeless get back on their feet, so upon Chuck’s passing, Elaine and her girls made a sizable donation in Chuck’s name to the foundation. It was decided that the donation would be designated toward an outdoor patio at the Centre. 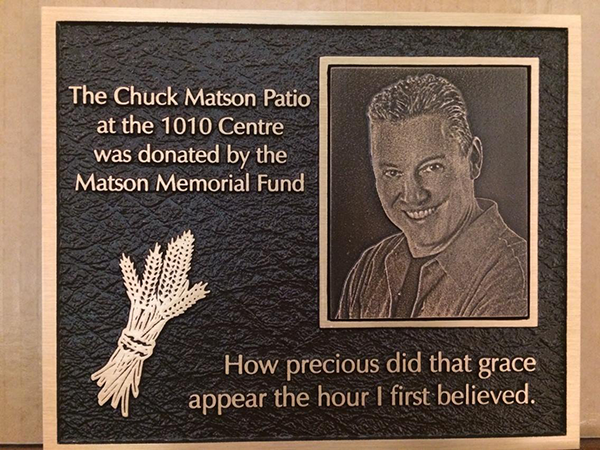 On September 24, 2014, on the fourth anniversary of Chuck’s passing, Elaine and one of Chuck’s dearest friends, golf pro Kent Racz, organized the Chuck Matson Memorial Golf Tournament and Fundraiser to raise additional funds for The Mustard Seed’s housing project. The donations helped bring about the completion of the beautiful patio area, furnished with barbecue grills and outdoor furniture. The finishing touch was a plaque that reads, “The  Chuck Matson Patio,” which hangs at the entrance to the patio at the 1010 Centre.

Chuck always believed that it was a bigger blessing to give than to receive. February 14 was always a special day at the Matson house. It was one of Chuck’s favorite holidays, which gave him the opportunity to spoil “his girls.” Chuck would often deliver roses and carefully selected cards with personal notes of love and encouragement to each of them. Sometimes he would surprise them with a little something extra special, as Elaine described, “One year he worked with a local jeweler in Calgary, who helped him create a beautiful diamond pendant for each of us.”  He liked to do things that were special and meaningful; he had a huge heart and he loved to bless others.

CONTINUING THE LEGACY OF A GRANDFATHER, HUSBAND AND FATHER

That first February 14 after Chuck passed, Elaine had special necklaces made to remember him. Collaborating with the same jeweler who had created the custom necklaces a few years earlier, they used digital technology to create a mold of an exact replica of the aircraft [the one where their father had spent his final moments]. The jeweler added diamonds along the wings of the plane, a beautiful piece each of the girls treasure. 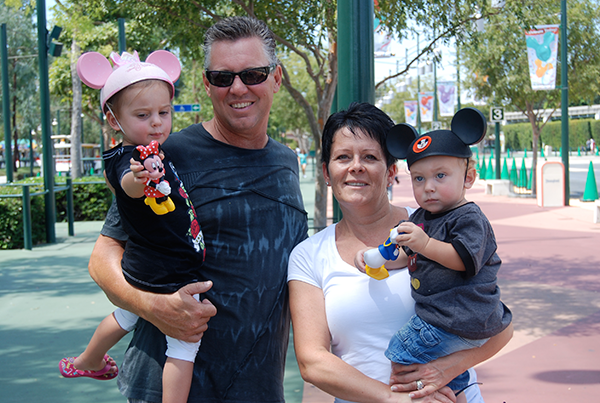 Not long after Chuck had passed, Elaine was introduced to Origami Owl Custom Jewelry by her good friend Belle Stasenko, who had joined Origami Owl® in Pittsburgh, Penn. When Elaine saw Origami Owl’s Living Lockets, she knew she absolutely had to create some pieces for her family. She said, “My very first order was $1000 of Origami Owl Living Lockets! I gave one to each of my daughters, my mother-in-law, sister-in-laws and good friends who were close to Chuck. Everyone got lockets for Christmas filled with personal charms and a couple of charms that signified their personal and emotional connection to their dad, son, brother and friend.”

The opportunity to celebrate Chuck’s memory – and the ability to capture meaningful memories in a keepsake locket – touched Elaine deeply. This was something she knew she could share. Having built a successful direct sales business with another direct selling company for over 20 years, she was intrigued with the idea of joining Origami Owl as a Designer. But the custom jewelry company wasn’t in Canada yet, so she patiently waited until the launch in 2015, when she would become a Designer with Origami Owl Canada.

Elaine said, “I had wonderful friends, beautiful women who stood by me and supported me in my journey with grief. When I was considering Origami Owl as a business opportunity it truly was because my life had changed and I was searching for something meaningful and fulfilling that would help occupy my time. To put it simply, I needed something to do! My connection with Origami Owl was a catalyst in rekindling some of those past friendships and has also helped to create new ones. Although we all love a little extra income, this opportunity wasn’t about the money – we were blessed, Chuck was a successful entrepreneur, an amazing provider – but now with my girls out on their own and Chuck gone, I needed to take care of me. I love the mission of Origami Owl [being a Force for Good, motivating and inspiring others], and I love the product, so it was a perfect fit.”

Elaine continued, “Sharing our Origami Owl Living Lockets blesses me in a big way. My own story allows me to help others share their story of a lost loved one, it opens the door to that ‘forbidden painful topic’ for them and an opportunity to share their own grief.” 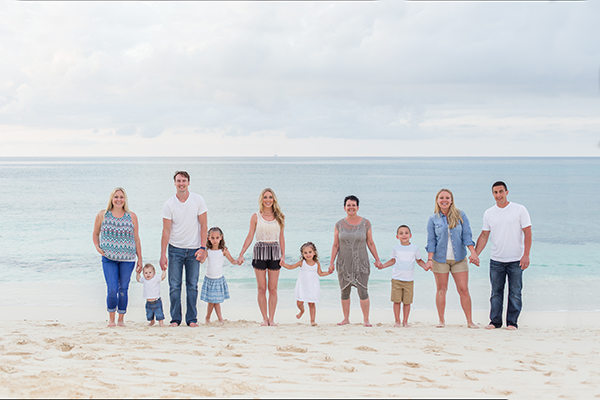 As for what gives her that “live sparkly” joy, she added, “It’s my grand-babies, my three daughters and my amazing friends that have been my rocks since my husband passed. He was and is loved. He is missed every day. Embrace the ones you love, treasure the moments and memories that you create with the people that matter to you!  Today…now past the gripping and crippling pain…I love each of my besties with all that is within me…people matter. I try to find solace in the people, places and things that comfort me. Thank you Origami Owl. I love sharing your Living Lockets, seeing the tears of joy because I was able to help someone create…a Locket. A simple, beautiful, meaningful…locket.”

In Memory of Chuck from Christa Coppola on Vimeo.