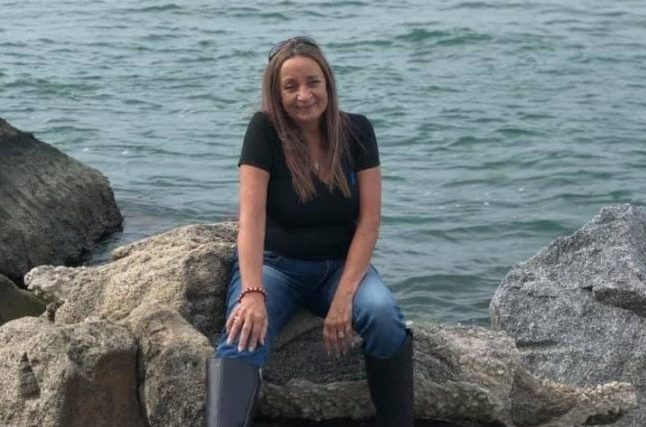 It was the day after the long, Independence Day holiday, and Denise went right back to work at the local car dealership helping customers rent cars. Though she was still struggling with what she thought was heartburn, she kept going.

“I bought something more potent (the day before) and continued walking in and out helping customers, but something didn’t feel quite right,” recalls Denise of Florida.

She decided to schedule an appointment with her regular doctor after work to have the heartburn checked out.

“I thought I would get some heartburn medicine and be on my way,” she says.

But, after an EKG to check her heart, her doctor delivered shocking news: she was having a heart attack.

“He said I had an irregular EKG and had suffered a mild heart attack,” says Denise, who was 60 at the time. “I didn’t believe it. I called my husband and we went straight to the hospital.”

Another EKG confirmed a blockage, likely due to high cholesterol, and doctors decided to schedule stent surgery for the next day to open the blockage in her heart.

What was supposed to be a routine surgery took a turn, however, once doctors began the surgery. The blockages were more severe than originally anticipated.

“They stopped the surgery and said it was too risky,” says Denise.

The next thing she knew, Denise was being transferred to JFK Medical Center, which was home to the Heart and Vascular Institute, a specialized heart care facility.

Once at the specialized hospital, the cardio thoracic surgeon wheeled her back for surgery. 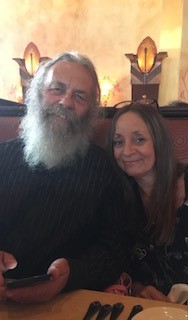 Tubes were everywhere, including in her neck and chest.

Her husband, John, was standing over her and gently broke the news.

Denise’s heart had been 99 percent blocked. Doctors performed triple bypass surgery and had to remove arteries from her leg to replace collapsed arteries going to her heart.

“If I hadn’t gone to the doctor when I did, I would have died within the hour,” explains Denise.

In all, Denise spent nine days in the hospital as she recovered from surgery and received basic physical therapy. She discovered that while she had been on cholesterol medication, it hadn’t been at the ideal dosage, and she needed to make more lifestyle changes to keep her cholesterol under control.

Life was different, but Denise says she appreciated every day even more.

“I saw a whole new world,” recalls Denise. “I have a much greater respect for life and the people in my life with every day that I have.”

A year later, Denise and her husband, John, decided to go to the South Florida Fair – skipping the fried foods, however – and the pair wandered into the exhibit hall where the building was lined with rows of tables.

As they entered, a table caught John’s eye and he motioned to Denise.

“He saw the display and said ‘Denise, you have to look at this,’” she says.

On the table were dozens of lockets with sparkling crystals. She immediately spotted a heart-shaped locket and knew she needed it.

That was the first time she had ever seen Origami Owl custom jewelry, and the woman standing at the table was Tatiana, a Designer who helped others create meaningful Lockets. The two women instantly bonded as they added Charms to the heart-shaped Living Locket® and discussed their medical challenges. 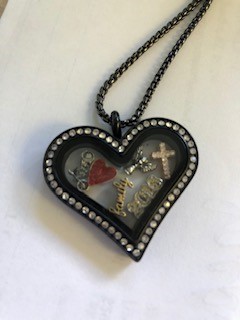 They added an Angel Charm, a 2016 Charm (the year of her heart attack), a Motorcycle Charm (to represent her motorcycle-loving husband), a Red Heart Charm, and a Family Charm.

When Denise looked at the custom piece, she felt her emotions swell.

“It brought so much comfort for me,” recalls Denise. “I cried at the table.”

Denise took Tatiana’s contact information and the two parted ways. She later joined Tatiana’s Facebook group to follow along with the latest jewelry releases and connect with others sharing their own Locket stories.

After months of watching from afar, something started to change for Denise.

“I would wear my Locket everywhere and people would see it and ask me about it,” says Denise. “I loved the product so much and just realized I wanted to be a part of Origami Owl (as a Designer).”

She started her Origami Owl business and became a Designer like Tatiana in August of 2018.

The South Florida Fair at the very same table where Tatiana had introduced her to Origami Owl just one year prior.

“I told my story and met so many people – a woman who had lost her favorite pet and so many others,” says Denise. “I love hearing other people’s stories and helping them while sharing my own story. I love being involved as a Designer.”

Taking It to Heart

Today, Denise is feeling much healthier and says she exercises more, watches what she eats and takes her medication. She appreciates that she can purchase special pieces from Origami Owl that give back to organizations like the American Heart Association, and she enjoys educating others about heart health.

Since her surgery, she’s returned to JFK Medical Center to visit with and thank the nurses and doctors who saved her life on that July day. She says she’s grateful for the renewed perspective on life despite the circumstances.

“People take things for granted,” she says. “But it can all change in an instant.”