Getting Stronger After Her Husband Passed Away 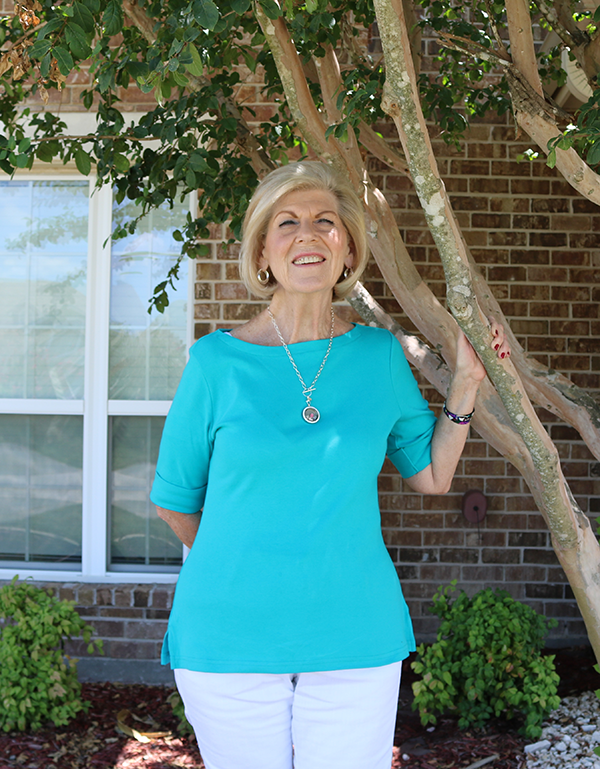 Her house was filled with packing boxes. Years of memories, organized, tucked and stacked throughout every room. Her heart was heavy but she kept a smile on her face as she welcomed the realtor and prospective buyers in. She had just lost her husband (and best friend) to pancreatic cancer, and Judy Hickerson was getting ready to move in with her kids. Just as the realtor, Cindy Jerman, was getting ready to go, she turned to Judy and gave her an unexpected hug. Cindy said she’d heard that Judy’s husband passed away, and the two shared spontaneous tears. That gentle, simple gesture started a ripple effect that has gone on to bless Judy’s life – and others’. 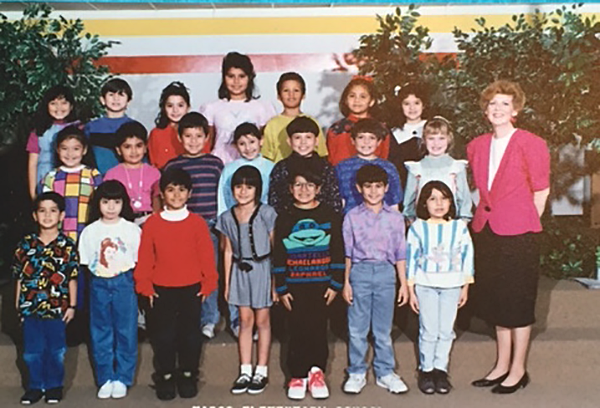 A GIFT FROM A STRANGER

The next morning, Judy found a gift bag from the realtor, Cindy, tied to her door. The card inside read: “I just wanted you to know that I’m praying for you. I can only imagine how difficult it is to lose your husband. Ironically when I met you yesterday I never dreamed that God had put me in the perfect place and time to hug you and continue to pray for your peace. Today I am with my husband at the hospital.”

The card explained that Cindy’s husband had also been diagnosed with cancer, and they were preparing for his surgery and treatment. It went on to invite Judy to call Cindy any time, and even suggested they go to lunch.

Along with the card was an Origami Owl® Living Locket with tiny charms inside. Judy had never seen anything like it, and as she turned it over, her heart swelled. The Inscription plate on back read: Faith. The pieces inside included the In Memory Of Charm, a Cross Charm, a Heart Charm, and an Angel Charm. “When I got this locket, it gave me hope and a kind of peace. I wore that locket every day. I still had a long way to go in my healing, but I felt like it was meant to be, that God was looking to her to look out for me.”

That was almost a year ago. As Judy comes up on the anniversary of Bob’s passing, she said, “I know it will be a day filled with memories and lots of tears, but Bob will be there with me.” The incredibly hard part is, it wasn’t the first time Judy had to say good-bye to a husband. Her first husband of 29 years, Dennis, passed away due to complications from surgery. The loss was devastating, and it wasn’t until one of her elementary students (Judy taught school for more than 30 years) told her, “Your eyes don’t smile anymore,” that she realized she had better get back to living.

A couple years later she reconnected with Jim, whom she’d known in high school. They enjoyed a blissful marriage for five years until a heart attack took him. By the time she met and married Bob, who swept her off her feet, they called each other their “last hope.” Nine years of happiness ensued until Bob’s diagnosis. 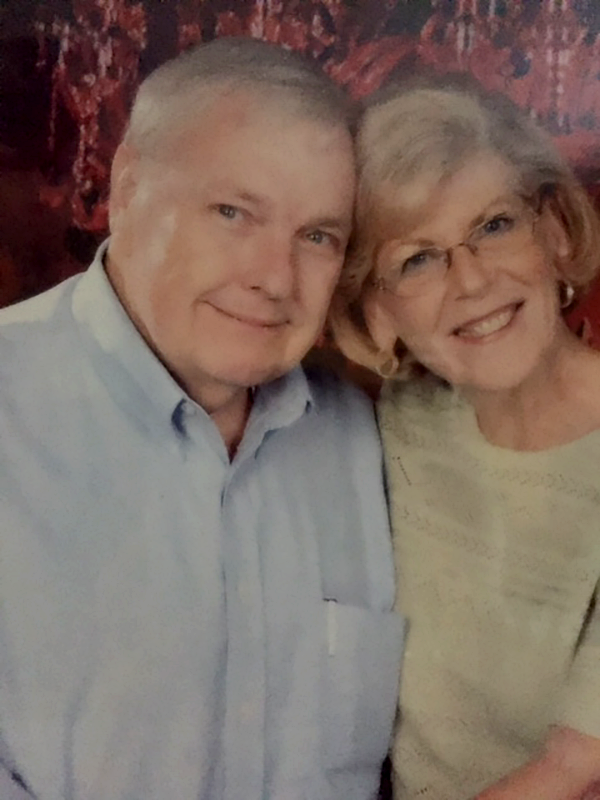 With three beloved husbands gone, that locket from Cindy meant more than she could have imagined. It has since carried Judy through many dark days since Bob passed away – and even the lighter ones, like her recent trip to the Grand Cayman.

She and Bob had traveled to the Caribbean paradise once before, and they were excited to take a second cruise there again in November of 2015. But when they received his diagnosis in June of 2015 (with the news that he would only have four-to-six months to live), Judy rescheduled the trip for August 30. Bob passed away on August 27.

Judy said, “Just before my husband passed away, he said, ‘If I die, will you go back and take me with you?’ So I did. I took some of his ashes there. While I was there, I felt at peace. It’s where he wanted a part of him to be.”

That isn’t his only wish Judy has fulfilled. Judy is learning how to drive their boat, which she promised her husband she’d do to continue making memories with the kids and grandkids. She’s also learning how to play the piano. She said, “He wanted me to take piano – I always wanted to learn and never did, so guess who’s taking lessons?!”

There’s one more achievement she’s added to her list. Less than a year after her husband passed away, Judy joined Origami Owl as a Designer. “Because of the locket Cindy gave me, I wanted to join Origami Owl to pay it forward.” 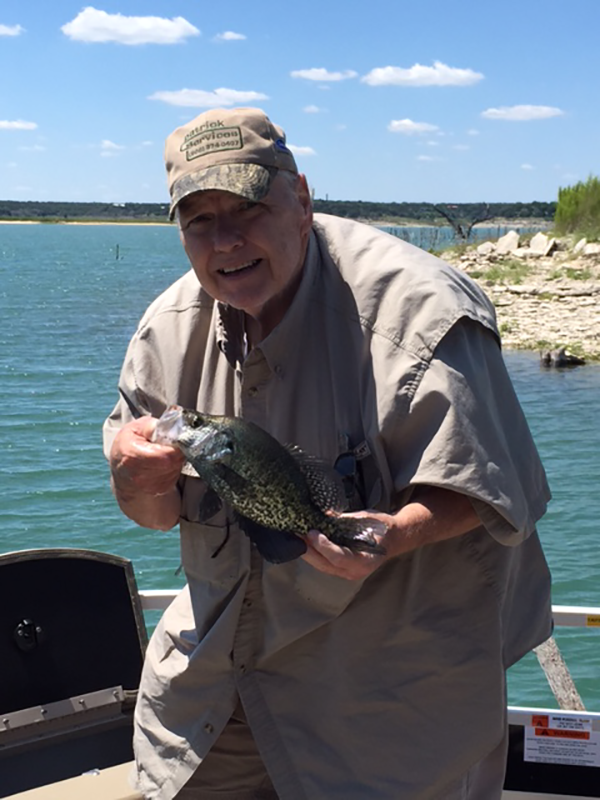 In her first few months as a Designer, Judy has already given away two lockets to women facing difficult challenges. It’s buoyed her spirits to pass along that same kindness Cindy had shown her. She’s found a new “live sparkly” joy in “knowing that this jewelry tells a story, knowing that I get to share that with others. I just called Cindy (whose husband is recovering well from his cancer, by the way) to let her know what that small act of kindness did to me, triggering me to keep going and not give up. That’s what you’ve got to do, you keep going, you don’t forget, but you keep going, and you get stronger every single day.”

Judy said she’s found she is much stronger than she knew. She says it’s due in large part to the support of family, friends and even her former elementary students who have all helped her through (she stays in touch with many of them).

She also credits Bob, whom she feels is right there with her, urging her on. She said, “Before my husband passed away, he told me, ‘You’ve got to keep living. When you do, and you’re happy, I’ll get to live through you because I’m always going to be there to check on you.’” Then she added, “And I know he is.”

Join Origami Owl in the fight against pancreatic cancer – 100% of the profits from our Pancreatic Cancer Awareness Ribbon Charm go toward finding a cure. For more information on pancreatic cancer, visit www.pancan.org. 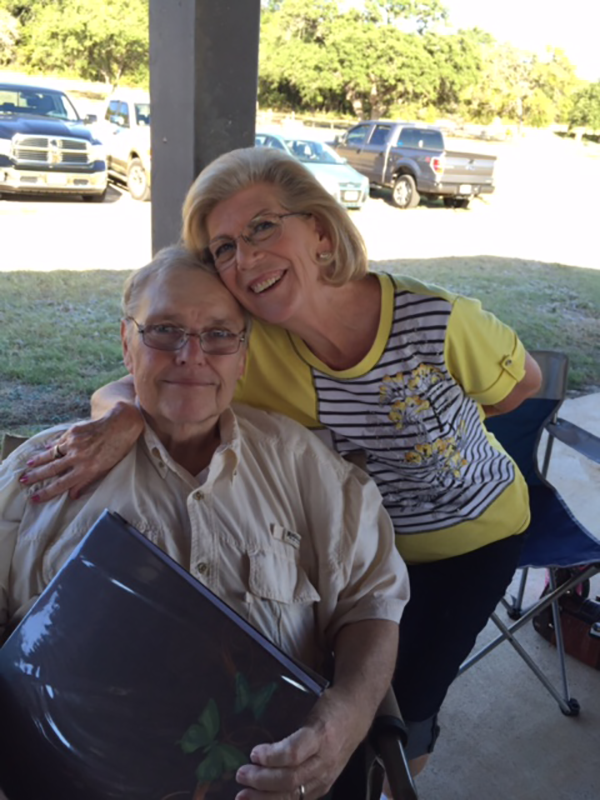 As a side note, Cindy Jerman, the realtor who started this beautiful ripple effect in Judy’s life, is a former Origami Owl Designer. Cindy said she fell in love with Origami Owl after going to her first Jewelry Bar – she went home and joined that very weekend. After a few years as a Designer, her job in real estate became so busy she had to wrap up her Origami Owl business – but her Force For Good efforts didn’t end there.

She used leftover inventory to give Living Lockets to people who needed a gesture of love. She said, “When I saw Judy that day while showing the house, it broke my heart. I went right home and designed the locket with anything that would show God’s peace. I didn’t even know her name but tied it to her door in hopes she would find it before she moved.”

Origami Owl would like to thank inspiring souls like Cindy and Judy who represent our Core Values and use Origami Owl to uplift others!