Fighting ALS – And Cherishing Every Moment

He worked hard every day for his family, often waking up before dawn to head to work as a machine shop mechanic. During his mother’s later years, when Alzheimer’s robbed her of so much, he would come home and head right next door to help his dad care for her. But all of that hard work and care came to a halt last year, when Steve Lowmaster noticed things were changing. He began losing his voice, and his speech became slurred. Muscle twitches followed, and walking was growing more difficult. By Christmas of 2015, doctors delivered the ominous news: ALS. 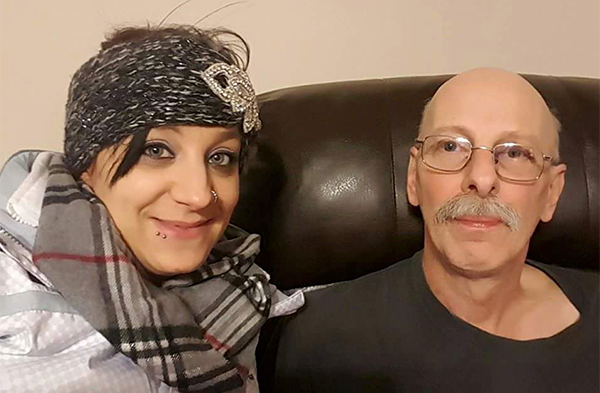 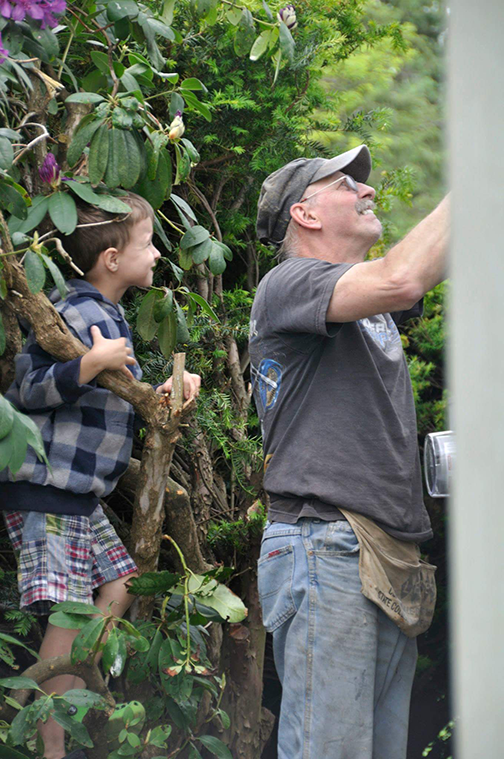 Christy’s dad had always been her strength … he was her children’s big strong grandpa they called “Pappy” … and now he was growing weaker by the day. The family was suddenly faced with one of life’s hardest questions: How does one go on in the face of an insurmountable challenge? 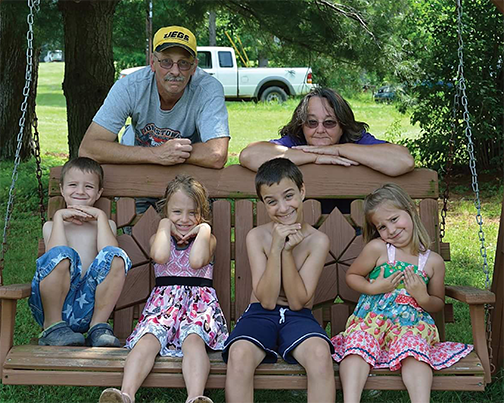 Her dad has had the answer: accept it, and then do what you can for others. “He doesn’t feel sorry for himself,” said Christy. “He says, ‘It is what it is.’ He wants to use his experience to spread awareness about the disease. It’s such a rare thing that’s not highly talked about, so that’s his goal. He wants to spread awareness, raise whatever funds he can for research, so nobody else has to go through this.”

In the months that have followed the diagnosis, Christy said the disease has ravaged his body. The family has watched as he’s gone from walking, to using a walker, and now to palliative care. Christy’s mother has been by his side every day, helping him with everything from eating to dressing. Christy and her siblings, Jason and Shannon, come by often to give their mom a break and spend time with their dad. The grandkids also bounce in, helping lift the mood when they say things like, “Pappy sounds like Chewbacca!” to describe his mumbled speech. Moments like these bring a happy smirk to her father’s face. “Those little things mean so much,” said Christy. 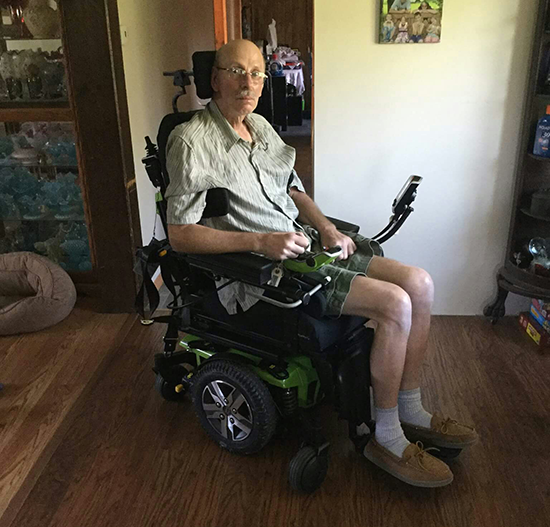 A RIBBON OF HOPE FOR ALS

Something else has meant a lot to Steve – Origami Owl’s recent addition to its Force for Good Charm Collection – the ALS Ribbon Charm. When Christy told him about the charm’s debut, he was touched. “He was literally in tears, because up until last year with the big ice bucket challenge, nobody had really heard of ALS.”

Knowing that proceeds from the charm would be going to ALS research, her dad bought 10 of them to give to family members and a close friend, Donna, who is also living with ALS. Christy added her ALS Ribbon Charm to a Living Locket she has been wearing in honor of her dad. Her special Large Twist Locket includes the Floral Plate, the Dad Heart Charm, the Butterfly Charm (because ever since her grandmother passed she sees a yellow butterfly every time she’s sad and missing her), the Ivory Rose Flower Charm (to add a feminine touch), an In[script]ion Plate that reads, “Hold on to Hope,” and for her dad’s ALS fight, blue and white crystals and, of course, the ALS Ribbon. She pairs the locket with the “Find the Silver Lining” Dangle because as she said, “It’s literally a constant reminder to myself, that even when things seem horrible, there’s always something good to find in the moment.”

As Steve wages the final stages of his battle against the disease, Christy and the family are grateful for every day they’ve had with their dad. Tough, strong, loving – she said he has shown them how to live life. Christy said they have also learned, “Don’t ever take a single thing for granted, nothing. And hold on to your family, reach out to your family, because that’s what keeps you going.” 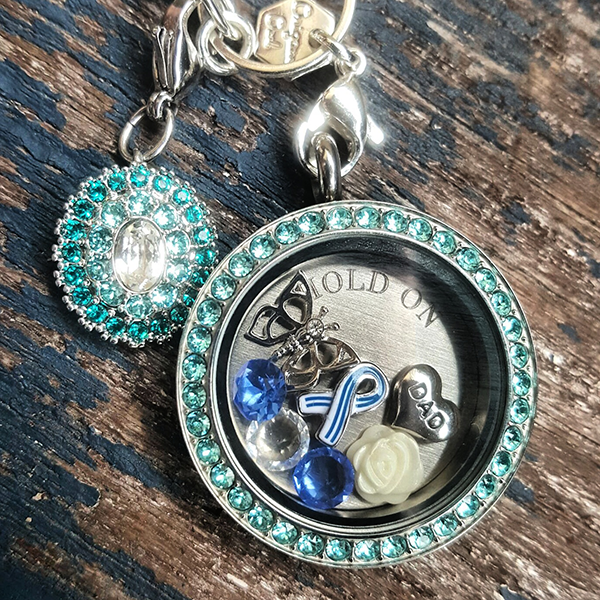 Christy’s father, Steve Lowmaster, has asked us to invite anyone and everyone to help in the fight against ALS. To find out more and participate in a “Walk to Defeat ALS” near you, visit www.alsa.org.