Falling for a Boxer 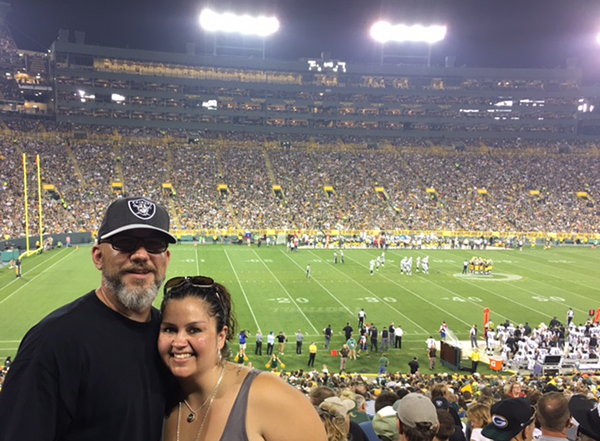 First there was Dozer. Big, strong and absolutely adored. Jamie Ferguson and her husband, Joley, couldn’t love their Boxer more. But when Joley was deployed to Iraq and Jamie was wrapping up her service in the U.S. Air Force, they had to bid Dozer farewell. Jamie was moving from New Mexico to Minnesota, and the new townhome didn’t allow big dogs. Jamie found a good home for their beloved Boxer and said good-bye. When her husband returned from Iraq and they moved into a home of their own, they knew what they wanted to do – get another Boxer. 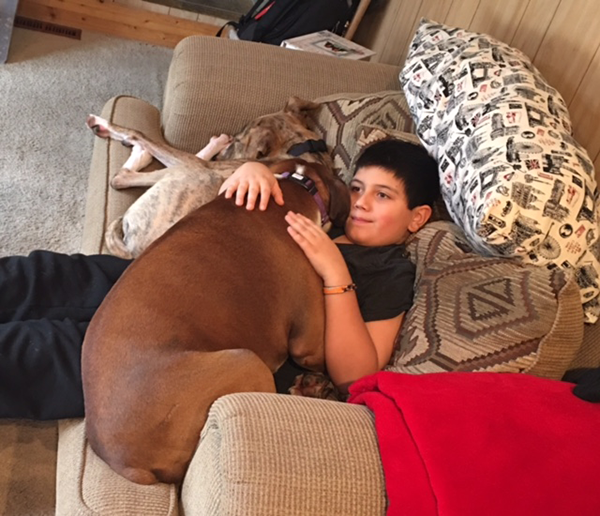 Next came Allie. Rather than purchase a Boxer, which they had done with Dozer, Jamie and Joley wanted to rescue one. So they went to Minnesota Boxer Rescue and found Allie. She had come from Alabama, where she’d been chained outside day in, day out. The moist clay dirt had given her paws long-term yeast infections, and she was battling a serious case of heartworm. None of that mattered to the Fergusons. They fell in love with her right away and nursed her back to health. But three years later, she was diagnosed with lymphoma and they had to put her down.

Chucho joined the family next – playful, full of life, he warmed their hearts. But when cancer claimed Chucho a few years later, the Fergusons thought they might take a break from Boxers, who are prone to the disease.

They adopted Nucky, a Plott Hound puppy, who stole their hearts (despite being a young little rascal at first). “Nucky’s temperament was perfect for our family, but we still felt like we needed a Boxer,” said Jamie. They got back in touch with the Minnesota Boxer Rescue and found Finn, who hit it off with Nucky right away. 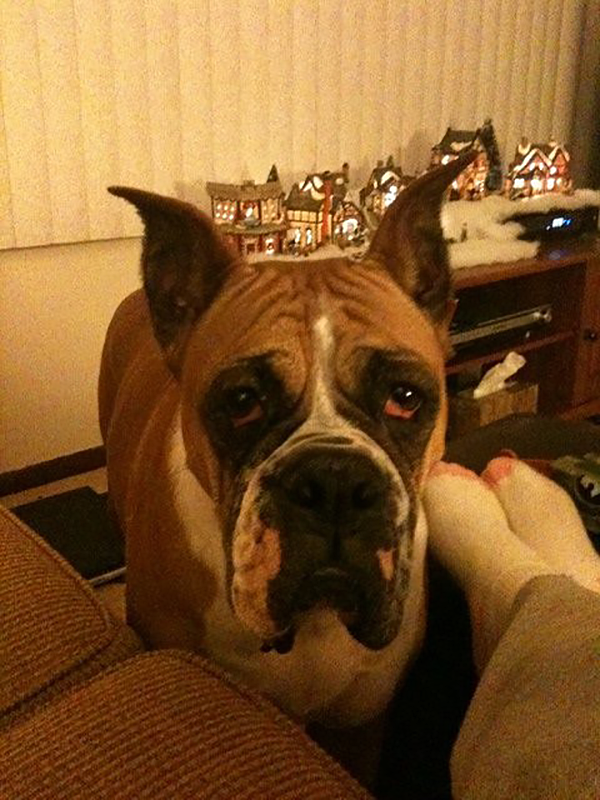 Now the two four-legged pals have free reign over the Ferguson’s acre-and-a-half yard – and house. Jamie, Joley and their son, Isaac, are happy to share every square inch of their lives with their dogs, grateful for what they bring to the family.

Over the years, their house has also been home to three other Boxers whom they’ve fostered. Why so dedicated to the rescue program? “I think what we’ve found with all of our rescue dogs is they have a sense of appreciation. It’s kind of interesting that an animal can show that, that they can show you that they are thankful for their current environment. Many of them have been through a lot, and they seem genuinely happy to have a roof over their head, a regular meal and love.”

Jamie celebrates her Boxer love with a special Origami Owl® Living Locket she created when she joined Origami Owl as a Designer earlier this year. “It has the Boxer Charm, of course; the Dog House Charm; the Crystal Dog Bone & Dog Paw; the July birthstone (because we got Finn in the summer); and an Inscription plate that reads: Love that Boxer Wiggle, with a heart in the middle. I also have the Pavé Paw Dangle,” said Jamie.

Needless to say, her dogs are part of Jamie’s “live sparkly” joy in life. She explained, “When it’s all said and done, coming home to my husband, my son, my dogs, my yard and home … that’s what makes me happy.”

To find a rescue shelter in your area, visit www.rescuegroups.org.