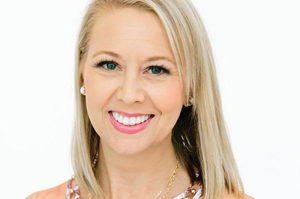 Her child attempted to take her own life.

“I felt unprepared and alone,” she recalls. “I kept thinking ‘what did I miss?’”

She remained quiet about the private family moment that left remnants of shame because “you just didn’t talk about suicide…it wasn’t something I wanted to go public about and share because people would think I had failed as a mom.”

Then, seven children took their own lives in her community in a series of unrelated events, and something stirred inside of her.

“I decided I was going to say something,” shares Christina of Arizona. “There shouldn’t be a stigma around suicide and mental health. We need to do anything we can to help our kids.”

First, she found one mom who wanted to link arms with her to approach their local school board. Then another. And another.
Soon, their “mom group” was 10 strong. They spoke at two board meetings and even a private study session, but the process wasn’t moving along fast enough.

“We said we couldn’t just sit around and wait for them to go through red tape to take action. We decided to do it ourselves,” she said.

Meanwhile, Christina shared the tragedy happening in Origami Owl’s headquarters’ (“The Nest”) backyard and Origami Owl Co-Founder Chrissy Weems sprang into action creating an exclusive “Force for Good®” look to benefit suicide prevention and awareness organizations. One dollar from each “You Matter, Like, A Lot” look sold goes back to two worthwhile organizations during the month of September in honor of Suicide Prevention and Awareness Month.

Christina shared her story with other Origami Owl Designers and took to social media with a challenge: to sell 100 or more of these exclusive looks to bring awareness, spread kindness and help the organizations. She’s also donating her earned commission from each look purchased to benefit a suicide and prevention organization in her community called “Andy Hull’s Sunshine Foundation,” which was founded by LeAnn Hull, whose teen son, Andy, committed suicide.

To date, Christina’s team has surpassed their goal, but they’re still going, hoping to donate as much to the organization as possible and bring awareness.

“By being a voice out there, I’m able to show people it’s okay to talk about this stuff,” explains Christina. “People say ‘thank you for being a voice,’ and I hear ‘I lost my brother; my husband; my grandmother; my twin.’ People love the message behind the Locket and know it’s important, too. This cause has affected so many people.” 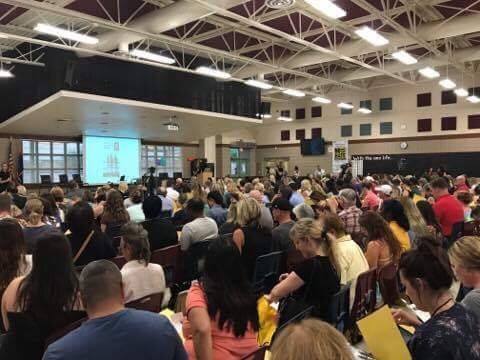 Bringing the Community Together

Christina and her group of moms continued their quest to hold a town hall in September and began reaching out to police chiefs, eight different, local school districts, mental health professionals, legislators and mayors weeks into August. They went to the local news station and within weeks, they had organized the very town hall they had hoped for at a high school in Gilbert.

More than 400 parents, kids and community members crowded into the school’s cafeteria to hear from public health professionals who shared what to look for and how to reach out to someone who may be in danger of taking their own life.

“One of the biggest takeaways is that people can appear to be okay on the outside, happy and smiling. They can be the kid who has everything going for them, but it doesn’t mean that on the inside, they aren’t hurting in some way,” shares Christina.

The town hall called attention to teaching kids to say something if they heard their friend might be considering suicide or if they’re simply concerned about them. It addressed how boys and girls develop at different rates and the struggles boys often feel trying to express their emotions simply because they’re not yet able.

And then, the warning signs.

“If you see a difference in your kids’ behavior, like, they’re withdrawn or hanging out with a different crowd and their grades have changed, that could be something,” explains Christina. “If they seem addicted to social media, you need to be checking their accounts because there could be indicators you’re not paying attention to.”

School guidance counselors and educators will often caution the community about how children lost to suicide should be addressed.

If the act feels glorified in any way, it could affect other children who are on the brink. Instead, taking steps to memorialize and educate is a safer route overall, says Christina.

Christina felt compelled to do what she could to honor the parents of the seven children who took their own lives recently. So, she connected with the families and gently asked to hear about their child. What did they enjoy? What was their name?

Each mother received a special Origami Owl Living Locket® capturing the essence of their lost child. Admittedly, this process has been personal and it hasn’t been an easy one for Christina at times.

“If I can be there and do something as small as gift a Locket to someone so they have something to remind them of their loved one; if I can be the voice so not another parent will feel that pain, then that’s what I will do,” says Christina.

Though the mom group’s goal of holding a town hall in their community has come to fruition, Christina says they’re not stopping there.

“We’re not going to shut up about this,” shares Christina. “We’re going to do everything we can to make sure these parents know they’re not alone and that people love them and are here for them.”

• If you’re concerned about someone, be direct and say something to them. “Don’t be afraid to be direct and ask ‘are you thinking of killing yourself?’
• Teach your kids to listen to their intuition. “Tell them what to watch for like, ‘if you hear your friends say X and it makes you stop and for any second you have a doubt, then you need to say something.”
• Learn more and find resources through the American Foundation for Suicide Prevention here.
• Share the Crisis Text Line. Text CONNECT to 741741 if you or someone you know does not feel comfortable talking by phone. Learn more here.