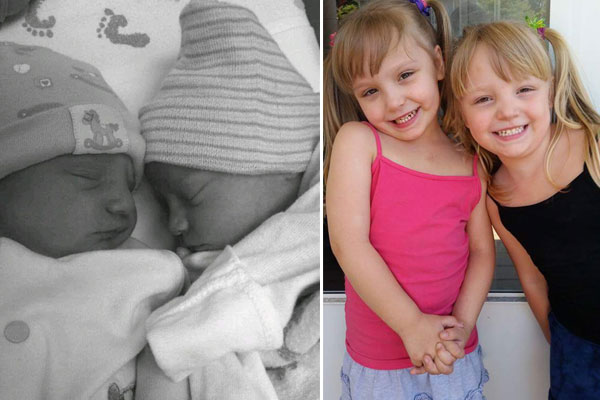 As she tucks her five-year-old twins, Cassandra and Mackenzie, into bed every night with a rendition of “You Are My Sunshine,” she can’t help but ponder on the two little miracles snuggled under the covers. Jessica Hatke wasn’t supposed to be able to have children. After undergoing surgery for cervical cancer, multiple doctors warned her she wouldn’t have children of her own, and if she did conceive, she wouldn’t be able to carry to term. As she looks back on all that has happened over the last few years, she said, “God has an ultimate plan for me.”

HOLDING ON TO HOPE 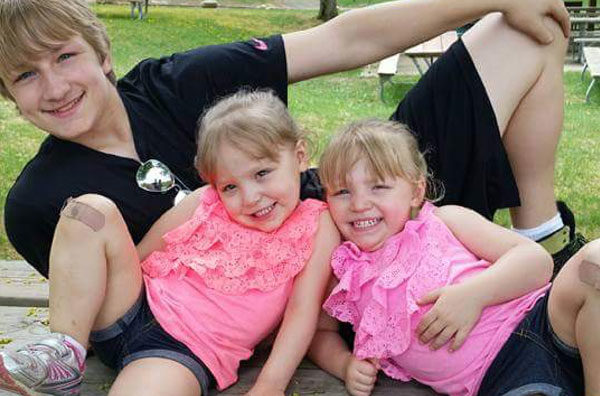 Jessica was still recovering from surgery when she first found out she was pregnant with twins. While surprised and excited, she was also anxious. Her doctors were so convinced she would miscarry, they wouldn’t let her then-10-year-old stepson accompany her to the first few check-ups, for fear something would go wrong. She said, “Every ultrasound you just pray there are still two heartbeats. I carried them to 35 weeks, which is full-term for twins. After I had the C-section, I remember lying there, crying. I was just so thankful that I was a mom. It was overwhelming, the joy I felt, knowing that I beat the odds.” 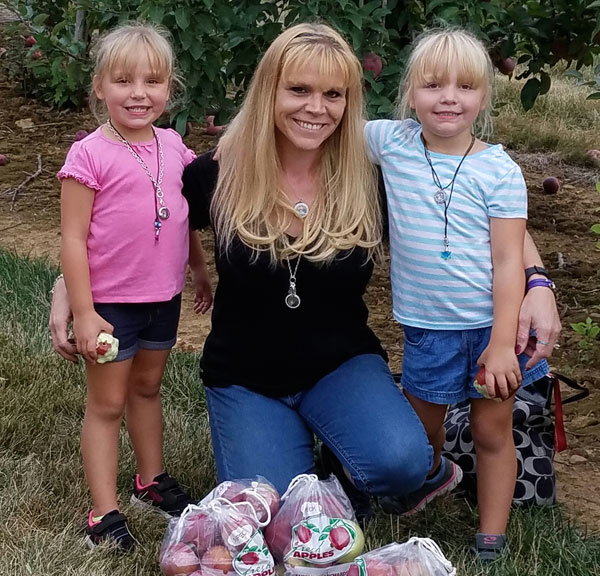 Those aren’t the only odds Jessica has beaten. Just two years after the twins were born, she learned that her cervical cancer had come back with a vengeance. She underwent a radical hysterectomy, and thankfully, has been in the clear since. She’s also had a double mastectomy to stave off the early signs of breast cancer, a disease that took the lives of her mother, grandmother, and aunts. “If I had waited another couple months for that surgery, I would’ve had to go through chemotherapy and radiation. I have angels watching over me!”

Despite her challenges, Jessica remains remarkably upbeat—something she credits her twins for: “There were days that it was really hard to even lift my head off the pillow, but my girls are my saving grace. They’re my ‘live sparkly’ joy; they keep me going.” 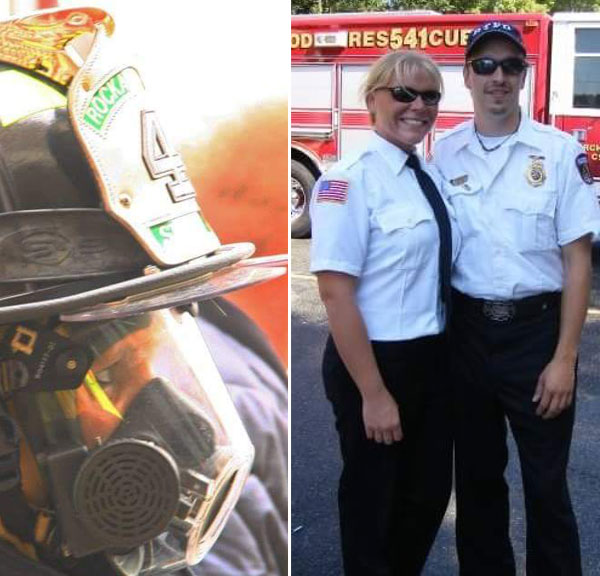 Another thing that brings Jessica joy is her work—both as an EMT firefighter and an Origami Owl® Designer. As an emergency responder, Jessica said, “I lay my life on the line for strangers, whether it’s running into a burning building, cutting someone out of a car, or simply holding someone’s hand in their darkest hour. I’ve seen the worst days of people’s lives, but also their best, like when I’ve helped deliver babies. Knowing I can help in some way makes me so happy.” 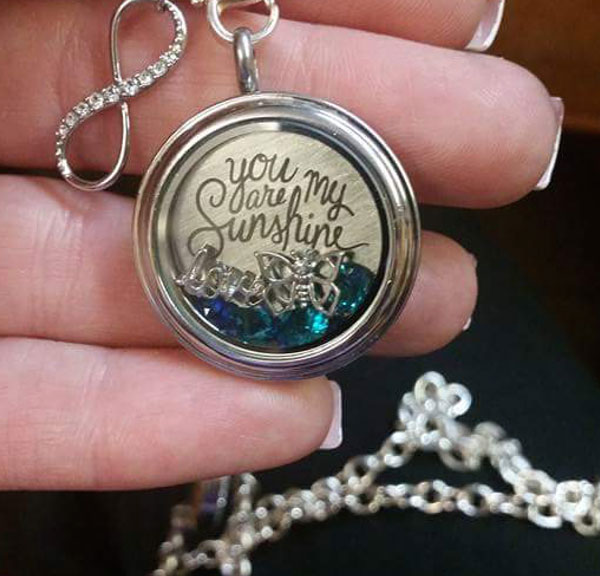 She also loves brightening women’s lives through Origami Owl. She first discovered the Living Lockets when she was invited to an online party. She said, “The featured plate read, ‘You are my sunshine,’ which got my attention because that’s what I sing to my girls every night. I added the Scripted Love Charm, two December Birthstone Hearts, and I was hooked. I wanted to spread the joy, the meaning and the power behind the jewelry.” 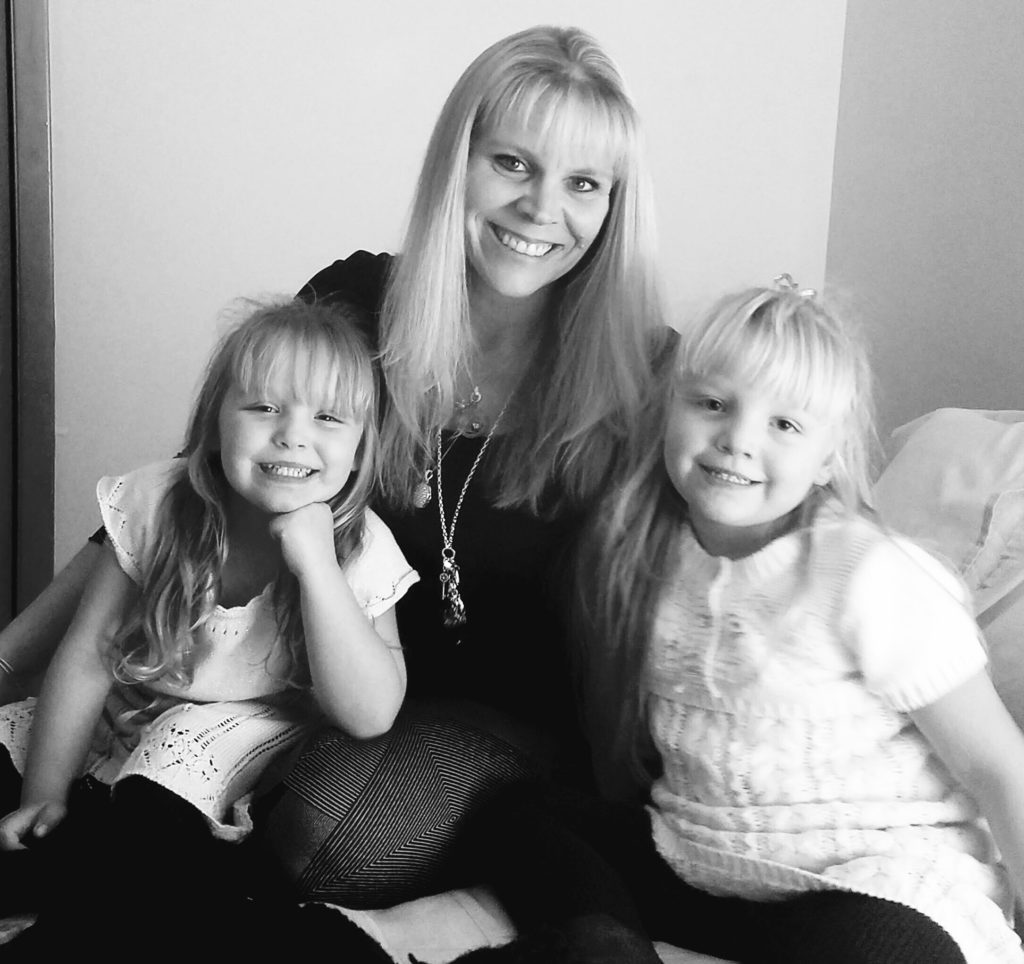 Even though life is busy juggling her career, Origami Owl, and three kids, she knows all too well what a gift every day is. Having beaten back cervical cancer and escaped breast cancer, she’s grateful for every precious moment.