Five years ago, Dana Curtin was about as busy as you could get working a 9-to-5 corporate career.

She traveled every two weeks and “lived on a plane.” She worked well over 40 hours a week. And, she was completely stressed out.

So, when a friend approached her about starting an Origami Owl® business, her response wasn’t too surprising. “I told her ‘absolutely not. I don’t have time,’” recalls Dana.

Her daughter, Shea, was six years old, and she already felt like she was missing out on a lot.

But, she ordered a Living Locket® and began wearing it around New York.

People couldn’t stop asking her about it. And that made her think; maybe she could do this as a creative outlet…just once a month.

Just a few weeks after having her first Jewelry Bar® to introduce others to Origami Owl jewelry, her company restructured, and she was laid off.

She decided to put her full energy into her Origami Owl business – just for the summer – to see how it would go. And Shea tagged along for the ride.

While she knew Shea was enjoying the jewelry, she didn’t quite recognize how bringing her along for Jewelry Bars and events was also educating and growing her young daughter.

“I remember we were doing an event once and I looked over and she was telling Bella’s story (of how Origami Owl got its start), and I did a double-take,” laughs Dana. “She was 8 and helping this woman in her 40s or 50s put together a Locket.” 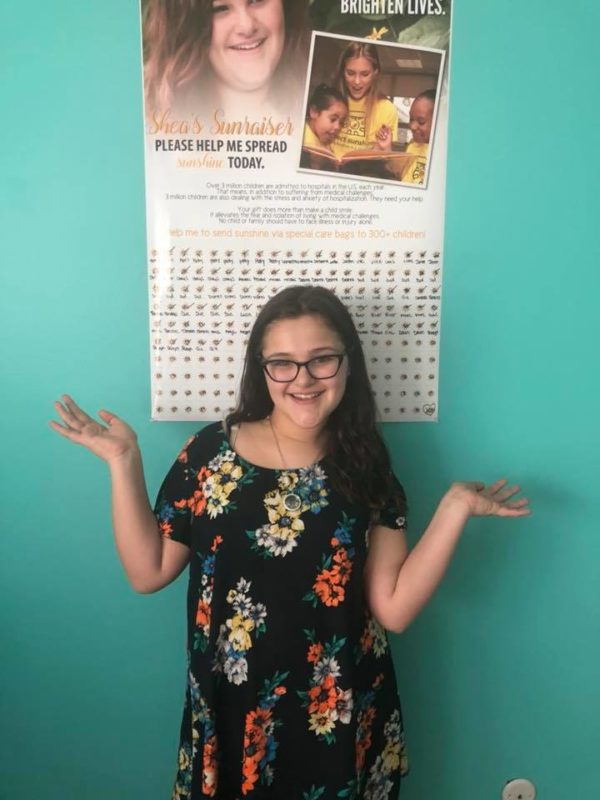 Becoming a Force For Good®

Before long, Dana realized she was enjoying spending more time at home and was making enough income to keep going. She had heard about Origami Owl’s Owlette Program, which allowed youth 11-17 to partner with a parent or adult to have their own business, but it wasn’t something she had ever truly considered. From the moment Shea turned 11, she pushed to join as an official Owlette. Now 12 years old, Dana credits the Owlette Program and Shea’s exposure to her business activities to growing her into a leader in school. She also credits it for awakening her passion for being a Force For Good® and giving back to others.

As Dana organized a photo shoot for a breast cancer research center’s fundraising calendar, Shea heard the stories of the survivors and the impact the disease had on them and their families. She immediately felt compelled to do something.

“I wanted to help out so badly,” recalls Shea. “So my mom talked to a huge hospital in New York.”

Shea put together special Lockets and hand-wrote dozens of cards for the calendar participants to encourage them.

Then, she came home and wanted to do more.

Shea loved that project, and still wanted to do more.

An avid volunteer with her Student Council, she had recently worked with one organization that stood out. So, she personally emailed organizers at the nonprofit, Project Sunshine https://projectsunshine.org/ , to see how she could help raise money to provide care bags to pediatric patients and their caregivers who are spending much of their time in hospitals.

It took her mom by surprise.

“I got an email back and was like ‘what?’” laughs Dana. “She took it upon herself and just did it all without me.”

The pair committed to raising more than $1,000 in a month to create 300 care bags. They had giveaways, asked for donations and added a picture of a sun with the donor’s name on a poster for every $5 given. Shea even donated her Origami Owl business commissions, and Dana matched them.

They hit their goal in just five days and were able to purchase all the materials to create the care bags, which will include items such as journals, stickers, markers, care dolls, and other activities. Shea will even hand-write all the cards that will accompany each bag that they assemble by hand.

For Shea, projects such as these are a dream come true.

“It makes me feel very happy to be able to give back to people,” shares Shea, 12. “I want to be a paramedic when I grow up because I love helping people and have since I was a child (at 3).”

“I often feel blown away by her. I forget what she’s truly capable of,” shares Dana. “She’s spending her summer break writing cards and assembling bags. I think it’s really rare for a kid this age to be so focused on serving others. I just take a step back and let her spread her wings.”

She continues, “Allowing our kids to be part of the Owlette Program fosters confidence—they gain the ability to speak in public and…command the attention of 20 women in a room. When you’re 14, you usually work fast food, but she’ll never have to do that. Plus, being able to work side by side with your kid while making a difference in people’s lives is priceless. We’ve laughed and cried, and people have watched my daughter grow up.”

Shea is working on the bags this summer, but she’s already looking forward to her next project.

“That can’t be exposed right now,” she replies slyly.

“You never know what she has up her sleeve,” adds Dana.

To learn more about the Origami Owl Owlette Program, ask your local Designer or visit the info page here.